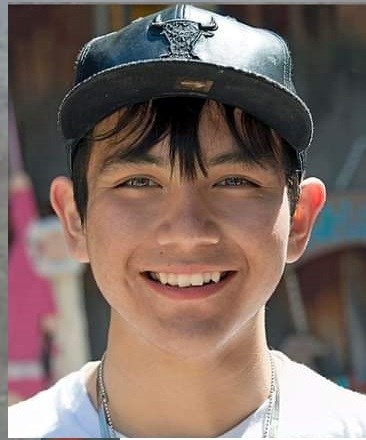 Our beautiful Winston Cyrus Moses came into this world on October 23, 1997, born at Coulee Medical Center in Grand Coulee Dam, WA. He was born to Pamela A. Ludwig and Ralph C. Moses. He was called home on July 21, 2022 at the young age of twenty-four. He brought such joy to our families. His late grandmother Yvonne (Musmustoo} Moses said that he took away the pain she carried from losing her husband Gabe when he was born. Winston was given an Indian name by his grandmother Yvonne Moses which was her grandfather's name "Dedo Mus-Mus-Too". Dedo was the son of John Mus Mus Too who went by the nickname "Cowboy Johnny". Yvonne was the last Mus Mus Too and wanted Winston to carry on this name. He learned the Washat ways through his late Grandma Yvonne and family. He expressed he wanted Washat services when it was his time. Winston was a member of the Colville Confederated Tribes and was a descendent of Chief Joseph. He belonged to the Nez Perce band and Sinixt Arrow Lakes Nation. For those that knew Winston, knew he had a heart of pure gold. He was selfless! He always thought about others needs before his own. He was our protector. He was loving, kind, respectful and generous. He was always about family. He was an old Soul, an ancestor before his time. He always made sure everyone was comfortable and had what they needed. All his neices and nephews loved him as he took the time to hug them, talk to them, entertain them, lead them on horses and much more. He always bought gifts for them when he could. His family was his life! Winston was a walking encyclopedia. He knew so much about history and would invest in books and read them cover to cover. He always enjoyed a good cup of coffee in the mornings. Winstons interests were supporting his famlies horse racing team and riding traditions, wrestling, hunting, camping, riding, ATV's swimming, watching football (he followed the team wherever Jameis Winston- Quarterback went}, reading books and learning about history, especially his Nez Perce history, playing his X-box and Nintendo Switch, watching movies with the family (he was a huge Star Wars fan), reading "Reddit" and articles on his phone. He was very opinionated on certain subjects and held great conversations and could make many good points. He enjoyed watching The Daily Show, South Park, Rick and Morty. His music interests were a mix of old school hip hop/rap, "The Rat Pack" (music from the game "Fall Out"} ACDC, old school rock and roll, hence being an "old Soul". Winston was a wrestler, football player, shitter chaser and cowboy/saddle bronc rider. He had many friends and would meet up with three of them from his school days, Issiah, Josh and Edmond. They would all get together, hang out and catch up on life. They touched base with each other often. Winston enjoyed and looked forward to those visits with his friends. He had recently mentioned they were all talking about arranging to all meet up soon. His favorite sayings were, "Stay safe travel safe", "Gotcha", "No problem" and "That's epic". Winston leaves behind his mother Pamela Ludwig, father Ralph Moses, siblings Gabriel Moses, La Toya Carson and Dani Stensgar. He was preceded in death by his siblings: Timothy Zaugg Jr., Derek Carson and Daniqua Stensgar. Neices and nephews whom he adored, Jocelyn, Jayden, Mika la, Tyler "Neus", Kayda, Bella, Kash, Kilo, Elli, Kenny, and Remmi. Grandfather's Gabriel Moses and Bruce Ludwig. Grandmother's Yvonne (Musmustoo) Moses and Charlotte (Swan) Misiaszek. We will miss him dearly until the end of our time. Our famlies feel the outpouring of love, prayers and support and are very grateful for you all. Thank you so much! Strate Funeral Home of Grand Coulee, Washington is honored to be serving Winston's family. Fond memories and expressions of sympathy may be shared at www.stratefuneral.com for his family.
See more See Less