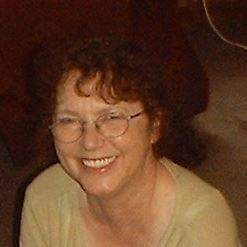 Judy Hensley, age 65, of Jonesborough, Tennessee passed away on Wednesday, January 18, 2023. at Johnson City Medical Center. She was a Baptist by faith. She is survived by her husband: Nathan D. Hensley; two daughters: Leslie and Rickie Williams and Laura Garland; three sons: Joshua Hensley, Joseph and Valerie Browning and David Browning; ten grandchildren; two sisters: Debby and Gary Casteel and Rebecca Austin; one brother: Junior Austin; special sister-in-law: Derinda Wilhelm; and many special friends and church family. She was the daughter of the late JC and Frances Austin; and was preceded in death by one sister: Alice Tucker. The family will receive friends from 1-3pm Sunday at Kiser-Rose Hill Funeral Home. the funeral service will be at 3:00 pm in the chapel with Rev. Bill Younce officiating. Kiser-Rose Hill is in charge of arrangements. Online condolences may be sent to the family at www.kiserrosehillfuneralhome.com Kiser-Rose Hill Funeral Home 125 Idletime Drive, Greeneville, TN, 37743 423-636-8007
See more See Less

In Memory Of Judy Lee Hensley