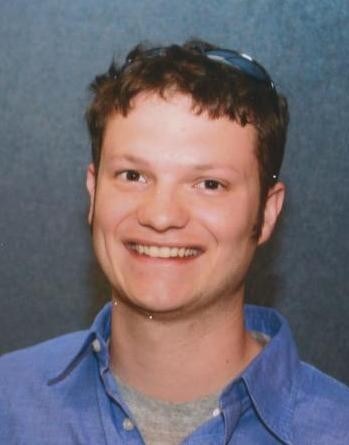 Todd P. Clendenon, 29, of Ell Street, Greeneville, passed away Saturday, August 21, 2010, at Laughlin Memorial Hospital. He was a surgical technician at Laughlin Memorial Hospital. Mr. Clendenon was a member of Disciples Point Church. He was a former member of the Greeneville High School Marching Band, where he became the drum line instructor, former member of East Tennessee State University Marching Band, also traveled with the Tar Heel Sun Drum and Bugle Corp. His family states, “Todd’s greatest accomplishment was when he accepted the Lord, Jesus Christ as his personal savior in June of 2003. He enjoyed the outdoors, going camping, fishing, and also loved paint ball with friends.” Survivors include his wife: Barbara Clendenon: one daughter: Madison Adkison; a son: Benjamin Clendenon; his mother and stepfather: Debbie and Mark Overacker; his father: Bill Clendenon; one brother: Niles Clendenon; grandparents: P. C. and Geraldine Fillers; aunts and uncles: Jamey and Tammy Fillers, June Gott-Young, James L. Gott; cousins: Dakota Fillers, Chris Gott, and Pam Gavin. He was preceded in death by his grandparents: Arthur and Oleva Clendenon. The funeral service will be held at 11:00 a.m. Wednesday, August 25, 2010, at the First Baptist Church. Tootie Wright, Pastor Rick Ohsiek, and Pastor David Fox will officiate. Interment will follow in GreeneLawn Memory Gardens. Pallbearers will be Will Savell, Seth Reed, Josh Stone, Danny Brown, Jamey Fillers. Honorary pallbearers will be the doctors and staff of Laughlin Memorial Hospital, the Greeneville High School Drum Line, his church family at Disciples Point Church. The family will receive friends 2-4 and 6-8 p.m. Tuesday at Kiser Rose Hill Funeral Home. It is requested that family and friends meet at the church at 10:30 a.m. Wednesday for the funeral service.
See more See Less

In Memory Of Todd P. Clendenon