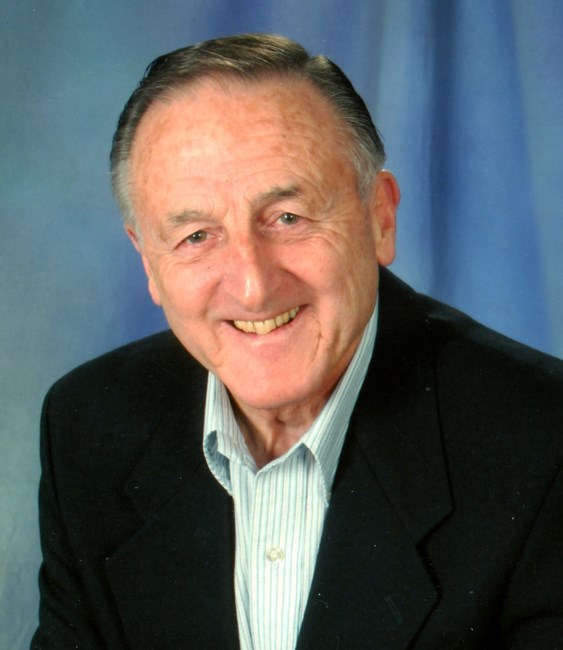 It is with great sadness that we announce the passing of Dexter Colin Zinck on January 25, 2022. He leaves behind the love of his life, Florence Caroline, his wife of 64 years. Dexter will be deeply missed by his daughters, Arlette (Robert Betty) and Kelly Anne (Kevin Mitchell); and by his cherished grandchildren, Lee, Anna, Caleb, Arielle and Colin. Dexter grew up in Blandford, where he spent his early years teaching himself to play violin and tormenting his beloved sisters, Maureen (Norm Ettinger), Sylvia (Gary Porter) and Alice (Ron Jackson). The late Lee and Hazel Zinck, Dexter’s parents, were farmers and fishers. Knowing he was cut out to be neither, Dexter left home at 17 for a life of adventure. He joined the Royal Canadian Airforce and served 28 years in the Communications Branch. He finished his career in the sales division at Maritime Telegraph & Telephone. His first posting was to Alert, Nunavut, but it was when Dexter returned to Maritime Air Command that his real adventures began. After a slight hesitation, the elegant blond who worked in the secretarial pool accepted his invitation to the annual military celebration. She learned he could jive. He learned she could sing. The two were inseparable ever after. They spent many happy years travelling Europe from their home base in Metz, France, and then again from Lahr, Germany and Decimomannu, Sardinia when they completed a second tour with their daughters. Dexter was a sublime musician. He was an accomplished fiddler who loved Cape Breton Reels and Scottish laments. He was also a guitarist who not only played, but also built his own instruments. Music was his passion, but his grandchildren were his joy. He leaves all he loved with memories of a home full of laughter and music. The family wishes to thank Veterans Affairs Canada for the unstinting support they provided during Dexter’s long battle with Progressive Supranuclear Palsy. The team from Comfort Keepers, Bedford, became family to us as they cared so lovingly for both Dexter and Florence. Cremation has taken place and a funeral mass will be held in St. Ignatius Parish, in Bedford, at 12:15 p.m. on Tuesday, February 1st. The funeral will be available via livestream from St. Ignatius’s website: https://www.saintignatius.ca/ Fond memories and expressions of sympathy may be shared at www.JASnowFuneralHome.com for the Zinck family.
See more See Less

In Memory Of Dexter Colin Zinck