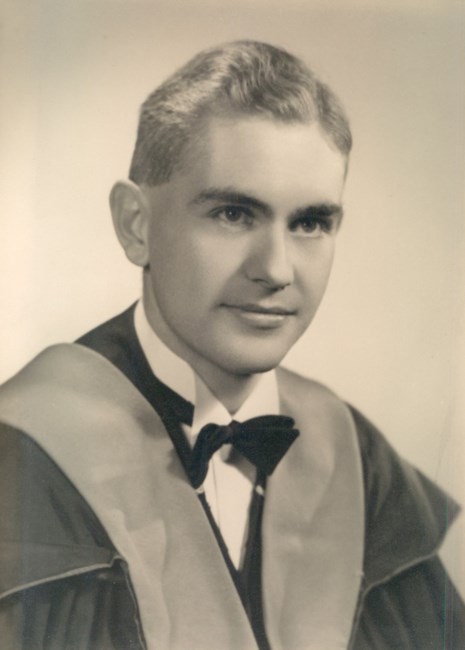 Dr. Gerald Arthur “Gerry” Klassen, MD, FRCPC, FACC, FACP—85, of Halifax, died Monday, August 6, 2018 in the QEII Health Sciences Centre, Halifax. Born in Kerrobert, SK, on January 12, 1933 he was the son of the late William and Agnes (Hamm) Klassen. He is survived by his wife and partner of 57 years Andree (Dauphinee); his son Timothy William, Edmonton; and his daughter Sonja Elizabeth LePage, and her husband Stephen LePage and his son Adam LePage and family; sister-in-law Judy Damberger, North Vancouver; several nieces and a nephew; many longtime colleagues and friends. He was predeceased by his brothers Henry (Hank) and William (Bill) Klassen. He graduated from the University of British Columbia Medical School in 1957. Post graduate training took him to Montreal (McGill), London, UK (National Heart Hospital), Vancouver (VGH), back to Montreal as a Resident and Fellow in Cardio-Respiratory Medicine where he was involved in the early implantation of pacemakers in Canada; and finally 2 years in Baltimore, Maryland (Johns Hopkins) where he was a Fellow in Physiological Medicine under the mentorship of Dr. Kenneth Zierler. He returned to McGill and the Royal Victoria Hospital in 1965, as a clinician/researcher/teacher and was Director of the Cardiovascular Division RVH from 1974-77. In 1977, somewhat motivated by conversations with his cousin-in-law the late Allan Sullivan, he came to Dalhousie as Head of Physiology and Biophysics. Then in 1981 he switched gears again and was Vice President Academic and Research for 2 years and a final year as Vice President Research. In July 1984 he returned to being a fulltime cardiologist/researcher /teacher in the Dalhousie Department of Medicine. During all those years he continued to peruse his research interests in the coronary circulation and collaborated with colleagues in many countries, including a sabbatical year in Pisa. He served on many medical boards and committees and was particularly involved with issues of Bioethics in Human Research. His years at Johns Hopkins were formative and he was so honoured to be appointed a Member of the Johns Hopkins Society of Scholars in 2002. He had wanted to be a doctor since he was 4 years old and he was that and a teacher to the end. He and Andree retired to the Annapolis Valley in 1998 where nut trees and grape vines received the same attention to their health as had his patients. His interests were wide ranging: his first paper was published in 1962 about a cardiology issue and the last paper to have his name involved was in 2007 about resveratrol in Nova Scotia wines. He loved his family dearly and was a great encourager and believer in their talents even when at times they might have had doubts themselves. Any vacations always meant the whole family together even to taking a five and a six year old on a 10-week mini sabbatical in Italy. In accordance with Gerry’s wishes there will be no services. Cremation has taken place. If so desired, donations to the Dalhousie Medical Research Foundation, or your own favourite health or educational organization would be much appreciated. The family would like to thank the paramedics; emergency department staff, the nurses and staff looking after him on 4.2, and a particular thank you to Dr. Sneddon and Dr. Hawes for what Gerry called their patience and negotiating skills; and all the other physicians and people who have looked after him over the years. Andree also would like to thank Alice for her warm welcome when Gerry appeared in the Dept of Physiology and Biophysics when we moved back to Halifax and Dr Alexander Quinn for frequently talking about his own research with Gerry.
See more See Less

In Memory Of Gerald Arthur Klassen