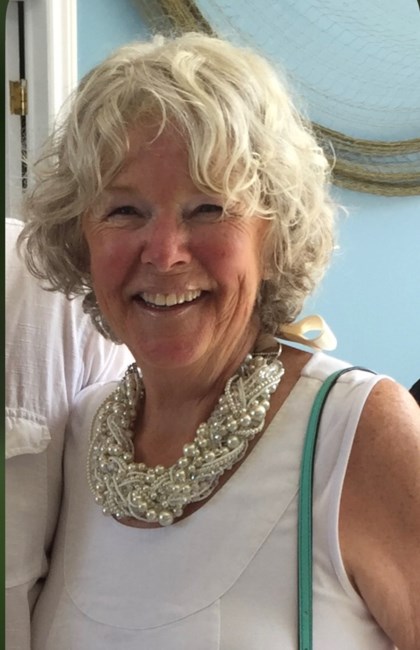 Janet Marjorie (McChesney) Bray passed away peacefully on July 31st, 2022, at the age of 70, in her home, surrounded by her loving husband and children. She is survived by husband, Jerry Bray, son, Michael Bray, daughter, Jennifer Bray, and brother, Brian McChesney. She is predeceased by father, Ray McChesney, and mother, Jennie (Murphy) McChesney. Janet was born in New Waterford, Cape Breton and spent her childhood there before leaving to attend Saint Martha’s Hospital School of Nursing. Following graduation from Saint Martha’s, she traveled to Northwestern Ontario to work on indigenous reserves and completed the Nurse Practitioner Program at the University of Toronto. Janet returned to Halifax to attend Dalhousie University and upon graduation, she set sail on the CCGS John A. MacDonald icebreaker as the Chief Medical Officer traveling to the High Arctic, earning an official plaque on July 16th 1977 for crossing the Arctic Circle. Following this, she became a Federal Public Health Nurse in three indigenous reserves in Nova Scotia before returning to Halifax in 1979 to work at the Department of Community Services eventually retiring as Director. Throughout her travels, Janet remained extremely close with her loving parents through letters and journaling which she kept all of these years. In 1981 Janet married the love of her life, Jerry, a fellow Cape Bretoner, and thereafter had two children, Michael and Jennifer who were both her pride and joy. She and Michael shared a mutual love for golf and tennis and the time spent on the courts and courses were a special bond between the two. She began a mother daughter tradition of traveling with Jennifer in which they covered France, Scotland, England, Switzerland and Italy - coining each other the best “travel buddies” they could ask for. The memories made on those adventures over the years will forever live in Jennifer’s heart. Janet was the most caring, nurturing, and thoughtful daughter, wife, mother, and friend - someone who wouldn’t miss a sports game, school event or function and was always there to provide comfort and support to anyone in need. When she wasn’t in the hockey rink or courtside cheering on her children, you would find Janet on a tennis court or working on a community charity event. Her career and her passions led to so many lifelong friendships which she cherished deeply. Friends and family will always remember Janet for her warmth, kindness and enthusiasm that she exuded every day with smiles and laughter and this will carry on in their hearts forever. The family would like to extend special thanks to the QEII Palliative Care team and her medical providers whom she lovingly dubbed her “Power Rangers” for their outstanding care and compassion. In lieu of flowers, donations can be made to Chebucto Connections, a charity that meant the most to Janet via: https://www.canadahelps.org/en/dn/t/74355, or a charity of your choice. Condolences can be directed to J.A Snow Funeral Home via: www.jasnowfuneralhome.com At Janet’s request, there will be no funeral or service, instead there will be a Celebration of Life announced at a later date.
See more See Less

In Memory Of Janet Marjorie Bray