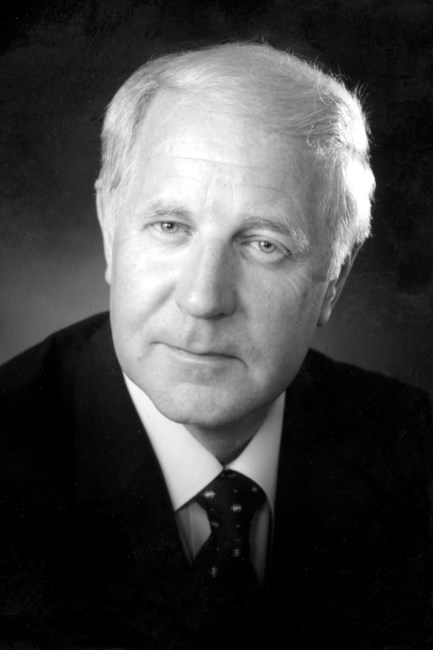 John MacLennan Buchanan The Honourable John M. Buchanan, P.C., Q.C., E.C.N.S., B.Sc., LL.B, D.Eng., LL.D., D.C.L., LL.D., D.P.Sc. passed away at home on October 3, 2019. Born on April 22, 1931 in Sydney, Cape Breton, he was the son of the late Flora (Campbell) and Murdoch Buchanan. John is survived by his beloved wife of 65 years, Mavis (Forsyth); his children: Murdoch (Mona), Travis (Susan), Nichola (Scott), Natalie (Ivan), and Natasha (Phillip); his grandchildren: John, Naomi, Nathan, Daniel, Andrew, Scott, Alexander, Morgan, Riley, Daly, and Isabel; and great-grandchildren: Keagan, Patrick, Eli, and Scotty. We cannot forget his cat, Fiesta, who he loved dearly. In addition to his parents, John was predeceased by his siblings: William, Isabel, Dorothy, and Florence. John was elected Premier of Nova Scotia in 1978. He was re-elected in 1981, 1984, and 1988, becoming the third Premier in the history of Nova Scotia to be elected four consecutive majority terms. He served as Premier longer than any Progressive Conservative Premier in Nova Scotia, and was third longest serving Premier in the history of Nova Scotia. Along with a number of other provincial Premiers, he was sworn into the Queen’s Privy Council for Canada by Queen Elizabeth II, in recognition of his role in the patriation of the Constitution. In 1990, John was summoned to the Senate of Canada, and he served in the upper chamber for 16 years. John graduated in 1954 with a Bachelor of Science Degree and an Engineering Certificate from Mount Allison University. He graduated from Dalhousie Law School in 1958, and he practiced law in Halifax. During his political life, John devoted himself to the people; yet, above all, his wife and family always came first. A Celebration of Life will be held at 1 pm, on Friday, October 11, 2019, at the Rebecca Cohn Auditorium, 6101 University Ave, Halifax, NS. For those wishing to leave condolences for the family, they can do so in person at Province House beginning Monday, October 7, 2019, or online at novascotia.ca/prot
See more See Less

In Memory Of John MacLennan Buchanan