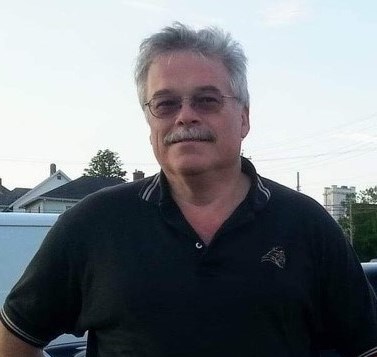 It is with shock and profound sadness that we announce the sudden passing of Paul Ronald DeWolfe, Hatchet Lake, Halifax, on Sunday, January 22nd at the QEII Health Sciences Centre at the age of 65. Beloved brother to his sister Ann Conway (James) and his long-time companion Karen Hirtle, he is also survived by his niece Jennifer Phelan, her husband Carl and their son Noah, as well as his niece Kelly Conway, her fiancé Mike McInnis and her son Liam Davison. He was predeceased by his mother and father, Marion and Ron DeWolfe as well as some cherished aunts, uncles and cousins. Paul also leaves behind with broken hearts a tremendous number of friends that he has made along his life’s journey including those he met during his career years at Knowlton Supply and then later while running his own company PRD Visual, as well as those in his beloved “car world”. Anyone who knew Paul was fully aware of his total and complete passion for cars and anything else car related. He was a wealth of knowledge in those areas and was constantly troubleshooting and making suggestions for improvements to anyone he felt needed and would appreciate it. He loved to go to car shows and car meets to see and talk with everyone, and took exceptional pride when attending car shows in Parrsboro where he took his grandmother’s car, which he restored beautifully, “back home” for a visit. Paul had a personality larger than life itself. Anyone who met and came to know him found out just how kind and caring he was, and he would do anything to help anyone. He was always a true gentleman who could be counted on and trusted no matter what. In keeping with Paul’s wishes, his body has been cremated, and an interment will be held at a later date with a graveside service. Donations in Paul’s memory may be made to the Heart and Stroke Foundation or to any charity of choice. To leave an on-line condolence, please visit: www.jasnowfuneralhome.com
See more See Less

In Memory Of Paul Ronald DeWolfe