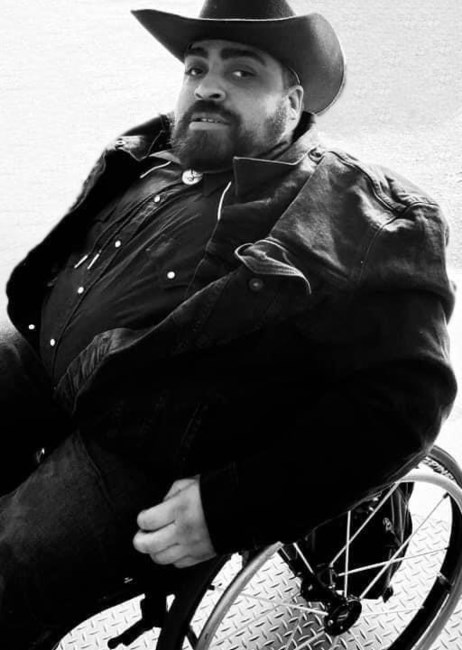 It is with great sadness that we announce the sudden death of our beloved son, brother, uncle, and friend, Richard (Ricky) James Hillier, on October 7th, 2022. A man full of life, laughter, and kindness, Ricky reached into the hearts of all who knew him. His positive outlook and bright smile warmed every room he wheeled into. A graduate of Halifax West High School, Ricky was employed with Walmart as a greeter for over eight years where he found many lasting friendships. Ricky loved sports. He played sledge hockey and was proud to serve on the local sledge hockey association board of directors. In his youth, he played baseball, curling, floor hockey and wheelchair basketball. He rarely missed a Mooseheads game and was a diehard Habs fan. He loved his family, country music and Harley Davidson - not necessarily in that order. We take comfort in the belief that Ricky has traded in his paralyzed legs for huge angel wings and his wheelchair for a shiny, orange motorcycle. Ricky’s passing is mourned by his mother, Sharon Avery (Verney) and father, Cecil Hillier (Daryl), brothers; Josh (Cortney), Steven, and Evan, sister; Marlee (Evan) nephew; Anthony, grandparents Elizabeth (Betty) & Walter Pitts, his extended family members: Tina Wicks, Charlotte & Eric MacLellan, many aunts, uncles, and cousins. He was predeceased by extended family: Wayne MacLellan; grandparents: Shirl & Pauline Hillier; Bernadette Creed, and Joseph Avery. Arrangements are in the care of J.A. Snow Funeral Home, 339 Lacewood Drive Halifax. Visitation will be held on Saturday October 15 from 5pm-8pm and Sunday October 16 from 11am-1pm. A memorial service will follow at 2pm on Sunday October 16, in the funeral home chapel. For those unable to attend the service will be live streamed, the link will be available at www.jasnowfuneralhome.com In lieu of flowers memorial donations may be made to the Spina Bifida Association or the Halifax Sledge Grinders.
See more See Less