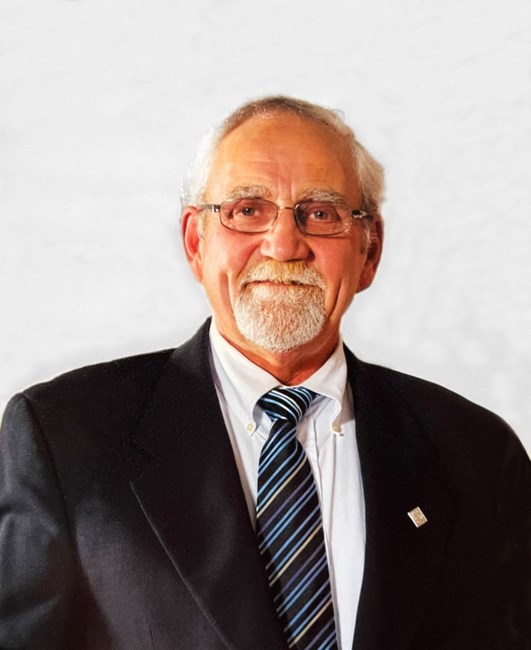 It is with heavy hearts that we announce the loss of Dr. Robert (Bob) Stephen McDonald, Professor Emeritus, on November 18, 2021 after a brief illness. Our Bob was an avid birder, nature custodian and lover, geocacher, photographer, world traveller, philanthropist, excellent hugger... of friends, family, and trees, and doting grandfather. The only son of Stephen McDonald and Lucienne Bedard, Bob was born in Winnipeg, on November 6, 1944, and is survived by his wife of 49 years, Wendy and his sons Chris (Erin) and Andrew (Jaëlle), and grandchildren Théodore and Rosalie. Bob was a Chemistry graduate of University of Manitoba (BSc., MSc.) and University of Toronto (PhD.) with a focus on Organic Chemistry. Post doctoral research took him to University of Cambridge, England and University of Western Ontario, London, while sabbatical years were enjoyed at UBC and Australian National University, Canberra. As a Professor of Organic Chemistry for over 30 years at Mount Saint Vincent University, Dr. Bob was always teaching, researching, or seeking answers. He loved sharing the gift of knowledge in all its forms and was happiest passing it along whenever or wherever he could, with a concentration most recently on preserving the natural beauty of the province and beyond. Before and even after his official retirement from teaching, Bob spent years in his research lab, working towards potential chemical solutions for the treatment of Alzheimer’s disease. Undergrad students acted as lab assistants, applying the skills learned in the classroom over many summers. Related activities often included visiting local schools to perform Science Magic and judging at annual Science Fairs. Bob and Wendy travelled extensively, touring to all seven continents including a Sabbatical year as a family in Australia, an adventure cruise to Antarctica, and birding trips with friends and others to many countries including Portugal, Panama, the Gambia, Namibia, India and Costa Rica. Closer to home, adventure cruises to Sable Island, the Northwest Passage and a trip to the Yukon rounded out discoveries in Canada. One of the last holidays pre-pandemic included Ecuador and the Galapagos Islands. During the pandemic, we enjoyed armchair travelling via webinars to new and exciting worldwide sites, led by professional birders, keeping the ecotourism community engaged. Another pandemic project was logging his bird sightings to eBird, joining the ranks of millions, adding his 3500+ worldwide observations to the database which will help to protect and conserve the birds we all love. A lifelong learner, Bob enjoyed participating in lectures or workshops offered by the natural history community here in Nova Scotia including Halifax Field Naturalists, Bird Society and Wildflora as well as Mersey Tobiatic Research Institute, Ecology Action Centre and others including the NS Healthy Forest Coalition and the HRM Urban Forest team. Community advocacy and volunteering was a focus on the local trails for over 15 years. As a founding board member of Halifax North West Trails, one of many successes was Bob’s participation in the announcement of the Blue Mountain Birch Cove Lakes Wilderness Area, 2009, followed by a long time push for the creation of safe and sustainable trails there and elsewhere as more people realize the health benefits of time in nature. Leading nature interpretive walks for groups of all ages on the local trails was always popular. Many letters were written over the years, speaking out for the environment, with a focus on Habitat retention for Biodiversity locally and around Nova Scotia. As well as birding, Bob had other outdoor interests including Geocaching and iNaturalist observations. As the B in ABCTrekkers, along with Andrew & Chris, Geocaching was always included in any travels, worldwide. The most remote cache he discovered was at Shackleton’s grave site at South Georgia Island, 11,000 kms to the south! Caches helped us find new trails, often not signed or mapped, but a GPS always helps, locating more than 3000 over the past 18 years. He looked back on his time in the environment & nature as a bonus, either here at home or around the world, and enjoyed documenting over 3800 observations on iNaturalist! A new Solar roof installation, another Pandemic project, delighted Bob as he followed the power generation, even on a cloudy day! He did not follow through on an eBike but that was to have been another project aimed at helping the environment. Always the scientist, his plan was to donate his body to science. He has been accepted to the Dalhousie Human Donation program. As a family, we acknowledge the support of the QE2 Hematology team and others who worked to diagnose the illness that was making life miserable. Thank you, Dr Shivakumar and your team. We hoped we would have had more time to share but he is now out of his misery endured over the past year. Visitation will be held at J.A. Snow’s Funeral Home, 339 Lacewood Drive Thursday, November 25, 2-4 and 6-8 PM, with a Celebration of Life on Friday, November 26 at 2 PM. Proof of vaccination and masking protocol are required. In lieu of flowers, donations can be made in Bob’s memory to the Nova Scotia Nature Trust (nsnt.ca/) the QE2 Foundation (https://qe2foundation.ca/) or the Dr. Bob MSVU Scholarship (https://www.msvu.ca/). Online condolences may be made at: www.jasnowfuneralhome.com
See more See Less