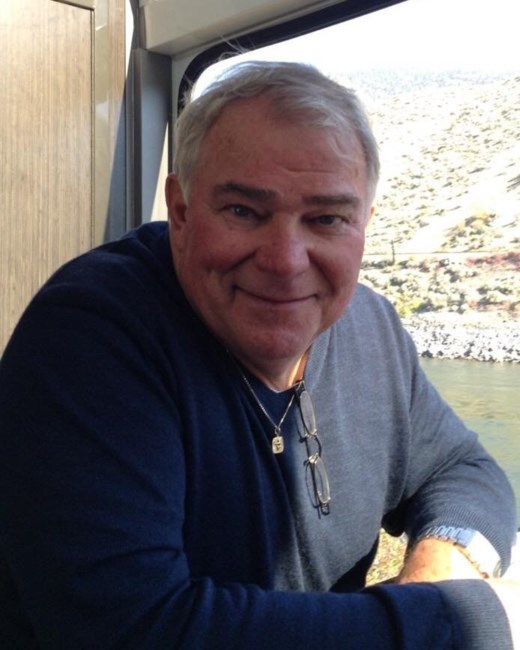 It is with great sadness that we announce the unexpected death of Robert (Bob) Warner, age 69 of Halifax, Nova Scotia on June 27, 2020. Born in Grimsby, Ontario, on December 13, 1950, he was the son of Florence and Norman Warner. Bob is survived by his wife of 48 years, Rachelle, his son, Marc (Jody), daughters Jennifer (Todd), Lisa (Peter), grandchildren, Luc, Michael, Finn, Sadie and Jamie, mother Florence, sisters Donna (Neil), Gerri and his nieces and his nephew. He was predeceased by his father, Norman. In lieu of flowers or other tribute, the family appreciates contributions in Bob’s name to the Men’s Hockey program at Saint Mary’s University. To make a memorial gift for Bob Warner BA’75, please go to https://giving.smu.ca. A celebration of life and more details regarding the scholarship to follow. Online condolences can be made at: www.jasnowfuneralhome.com. Bob’s early years took him to various parts of the world. Upon returning to Canada, he graduated High School from Sir Wilfrid Laurier in Ottawa. Around this time, a young lady by the name of Rachelle caught his eye. He ventured into the world of professional hockey, suiting up for the Johnstown Jets located in Pennsylvania. Bob would off-season in the Ottawa area, and was invited to the Montreal Canadian’s training camp in the summer of 1971, Bob’s life would be forever changed. He met Bob Boucher who was the head coach for the Saint Mary’s Huskies and offered Bob the opportunity to become a student athlete. The following summer, he married the love of his life. He and Rachelle set off on an adventure of a lifetime. Their time at SMU would form loving friendships, memories and 4 national championship appearances. After graduating with a BA, Bob signed with the Toronto Maple Leafs and would continue his professional hockey career with stops in Oklahoma, Dallas, Toronto and eventually Moncton. Retiring after the 1980 season from the New Brunswick Hawks, he would call Riverview NB home for the next 10 years. His early post-hockey career landed him in the Sales & Marketing world, working for Koho Canada, Hersey’s Canada, Cuddy Foods and ultimately Moosehead Breweries. Moosehead would re-define Bob, as his larger than life personality and character was the perfect fit. A transfer would move him to Douglastown in Miramichi, NB. He loved being outdoors with his black lab ‘Lady’, venturing off for hunting, fishing, and many other outdoor activities. His final transfer was to come home to Halifax NS in 1996. Back in Halifax, he rekindled many old friendships and became involved with the Huskie alumni and watching his Huskies. Bob was honored in 1999 by being inducted into the SMU Sports Hall of Fame. After his successful career with Moosehead, Bob joined the team at Glen Arbour golf course and was part of bringing the LPGA to Halifax. He went on to Scotia Plastics and as his professional life started to slowdown, he became a fixture at both the old and new Ashburn Golf courses where you were always greeted by his trademark smile. Bob set a high standard in everything he did. He was a Hall-of-Famer, a dedicated teammate, a leader, and a friend. Warnie was passionate about his hockey career, but his favourite team and titles were devoted husband and loving father to his three adored children. His most cherished activity was spending time with his beloved grandchildren. Bob’s genuine love and kindness was felt by many. Whether it was on the golf course, greeting friends, or watching the boys play hockey. Nobody left his presence without a little love or laughter. It is said that when a candle burns out, it makes you smile to think about all the lives it lit up along the way. Bob’s spirit lives on in our memories. The Warner family would like to extend our deepest gratitude to the Halifax Infirmary ICU team especially Bob's nurses and doctors. Always a Huskie. Always the Captain of our hearts
See more See Less

In Memory Of Robert Norman Warner