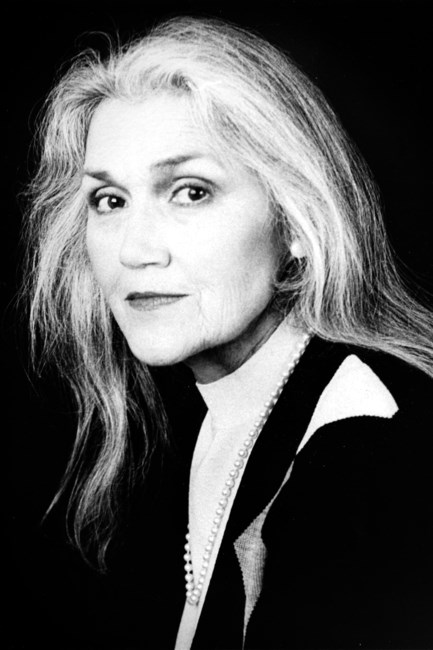 On May 20, 2019, at 86 years of age, Sheila received the call to make her singing debut in heaven. She had been preparing for the role since her birth on Nov. 18, 1933 in Halifax, NS. This everlasting contract to perform with the angels reunites her with her parents, Lilian (MacKinnon) and Reginald Piercey, and sister Barbara Ploeg (Piercey). Her mother, no doubt, is accompanying her on the piano as she rehearses. She and her sister are likely caring for an animal menagerie and reminiscing about their wonderful childhood, summers in Kingsport, and their adventures galavanting about Halifax and the Valley. Sheila leaves behind her niece Brenda Ploeg (Sylvain Huppe) and their daughter Evangeline as well as nephew David Ploeg (Michelle) and their children Colin and Lisa. She was devoted and loyal to her friends and extended family who will sorely miss her. Gwen, Shirley and Sheila had maintained their childhood friendship for over 80 years! Sheila grew up in a lovely home built by her father on Dutch Village Road. She was an active, spirited, and vivacious child. She admitted on numerous occasions that she gave her parents a headache or two! These qualities and strength of will served her well for her entire life both on and off the stage. She began singing at a very young age under the tutelage of her mother, but had varied interests and activities on her journey to Canadian opera icon. In her formative years, Sheila attended Halifax Ladies College, and toured with a ballet company and skating show. She attended Dalhousie University from 1951-1954 where she played on many sports teams, was a cheerleader and performed in multiple productions with the Dalhousie Glee and Dramatic Society and King’s College Dramatic and Choral Society. This is when Sheila decided that her true calling was on the stage. After much success as a vocalist in Halifax studying with Leonard Mayoh, Sheila moved to Toronto in 1956 when she was offered a scholarship to study at the Royal Conservatory of Music and the University of Toronto opera program. With Ernesto Vinci as her mentor she blossomed into a professional soprano on the National stage joining the Canadian Opera Company in 1958. This relationship spanned 22 mainstage roles and 16 COC tours over 13 years. Sheila was considered a member of a group of COC pioneers whose touring made opera more accessible to audiences. Sheila often told entertaining stories of touring to such places as Alaska and the NWT and of life on a tour bus. Her interest in photography made her the unofficial photographer and historian of all her COC tours. In addition to performances with the COC Sheila sang regularly on the CBC and at the Banff Centre, Stratford Festival, Rainbow Stage and Charlottetown Festival Sheila retired from the COC and moved home to Nova Scotia in 1971. From 1977 to 1982, she taught voice at Dalhousie University and this is when her transition from singer to philanthropist began. A passion for helping young singers unlock their artistic potential was ignited and she became an avid supporter of the Performing Arts in Nova Scotia and Canada for the rest of her life. A funeral service and reception will be held at the Bethany United Church, 7171 Clinton Avenue, Halifax, on Sunday, May 26, at 2:00 p.m. The Rev. Kevin Little will be officiating. Burial will take place at the Fairview Cemetery with only family in attendance. In lieu of flowers please consider donations to: the Humane Society of Nova Scotia or Opera Nova Scotia. Thank you to the following for their care: QE II Hospital 8.4, the Berkeley Halifax Retirement Residence on Green Street, and Home Instead Senior Care. And a special thank you to Sally Ritcey and Mary Alice Ryan for their longterm friendship and support. To leave an online condolence, please visit: www.jasnowfuneralhome.com
See more See Less

In Memory Of Sheila Kathleen Piercey