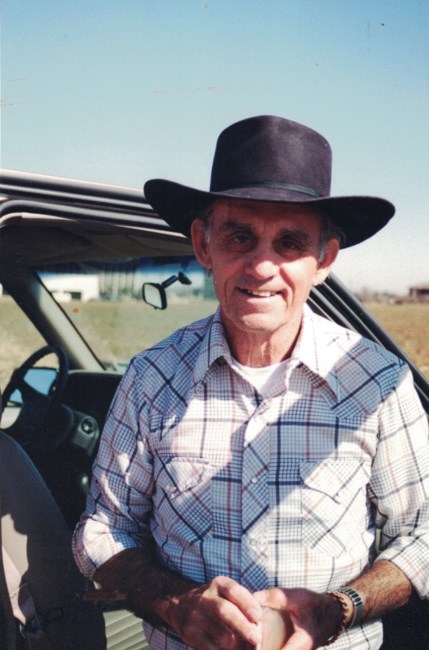 Wilson J. Hall, 90, died July 8th, 2020 in his home near Hamilton, TX. Mr. Hall was born on September 30th, 1929 in Tulia, TX to Ludie and Wilson A. Hall. He graduated from Odessa High, having played on the 1946 State Championship Football team, and after earning Bachelor’s and Master’s degrees from Sul Ross State College, he joined the United States Air Force in 1955. He was commissioned as a pilot, serving with pride and distinction for over 20 years in the service of his country. He served two tours in Viet Nam as a Forward Air Controller and earned the Distinguished Flying Cross while there for demonstrating extraordinary aerial achievement and professional skill while supporting combat forces engaged with the enemy. After retiring in 1976 as a Major and Senior Command Pilot, he returned home to Texas with his family, residing in Wimberley, while focusing on raising his son and providing for his family. At the age of 70 he fulfilled his lifelong dream of owning a cattle ranch and made Hamilton his home for 20 years. Wilson was a devoted and loving husband, father and grandfather, and leaves a legacy of hard work, honesty, and honor for his family to aspire to. Wilson is survived by his wife of 51 years, Jean (Burdick) Hall, his son Brad W, and his grandchildren, Chloe Strapple and husband Justin, Ashlyn, Ivy, Indigo, and Finn Wilson Hall.
See more See Less

In Memory Of Wilson Junior Hall