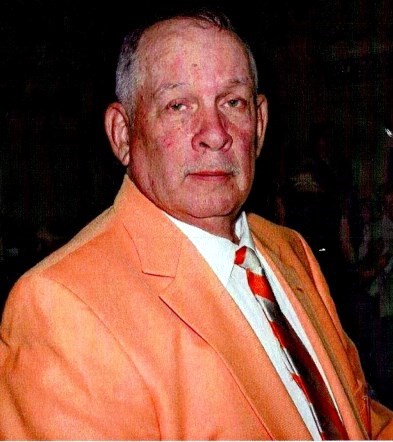 After a lengthy battle with cancer, Alfred “Al” Earl Jolley, Jr. went to his heavenly home on Wednesday, March 17, 2021. Al, a loving husband and father, passed away at the age of 78. He was a lifelong resident of Tennessee, born in Chattanooga to Alfred Earl and Mary Willard Jolley on February 16, 1943. A graduate of Central High School, he went on to serve in the Armed Forces for 7 years. After an honorable discharge, he joined Mueller Company for 26 years. Upon his retirement he founded Designer Lawns where he passionately cared for the landscaping of greater Chattanooga for the remainder of his life. He married the love of his life, Jackie Gordon Jolley on February 11, 1989. Al was passionate about his relationship with Christ and taking care of Christ’s creations. He was an active member of Greenwood Baptist Church in Ooltewah. He also enjoyed all types of sports and was a dedicated TN Vols fan. His greatest passion was maintaining lifelong relationships with family and friends. Al was preceded in death by his parents and his infant son Michael Donald. He is survived by his wife, Jackie, his son Bill (Rebecca) and his three grandsons, Christian, Caleb and Cameron. He will also be greatly missed by his siblings; Linda (David) Ackerson, Butch (Zoe) Jolley, Sue (Arvis) Harris, Pat (Mark) Galliher, Chris (Jerry) Stephens and many cousins, nieces, nephews and faithful friends. A Celebration of Al’s Life will be held in the North Chapel of Chattanooga Funeral Home on Sunday March 21, 2021 at 3:00 pm with Pastor Chad Chandler officiating. The family will receive friends 2 hours prior beginning at 1:00 pm. He will be laid to rest in the Hamilton Memorial Gardens. In lieu of flowers donations can be made to Greenwood Baptist, the Ruritan Club or Gideons Society. We respectfully request that all current mandates set forth by the CDC and the Hamilton County Health Department be adhered to. This includes “social distancing” and wearing masks at all times while on the premises. Arrangements are under the care of Chattanooga Funeral Home Crematory and Florist North Chapel, 5401 Highway 153, Hixson, TN 37343.
See more See Less