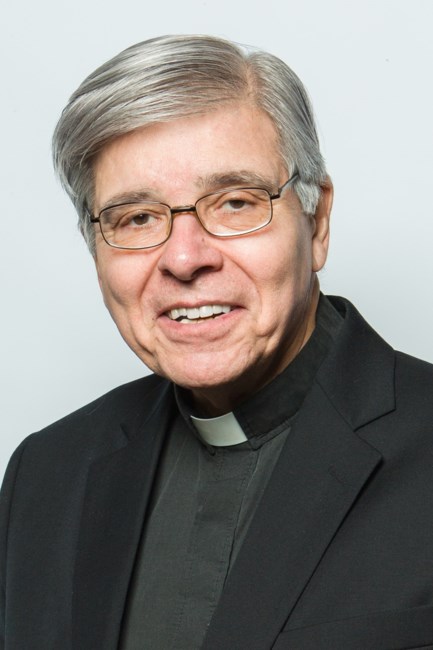 Father Joseph Brando entered into heavenly rest on December 9,2021. Born on November 1, 1943 in Brooklyn, New York, he was pre deceased by his parents, Joseph and Carmela Brando,and his brothers John, Peter, and Thomas. He is survived by his sister Mary Mahoney ( Mark) and his nieces Shantih Brando and Megan Flynn ( Cody). Although he was born in Brooklyn, he considered Tennessee to be his true home. In his fifty plus years of ministry, he served in many parishes throughout the state including The Basilica of Saints Peter and Paul where he was ordained in 1972, Our Lady of Perpetual Help, St. Patrick Morristown, Our Lady of Fatima Alcoa, St Therese Cleveland, and St. Mary’s Gatlinburg. He treasured his time as Diocesan Director of the Marriage Encounter Movement and was the Director of Family Life Services in the Diocese of Nashville. He was also a strong supporter of the Council of Catholic Women. He was a proud member of the Tennessee National Guard followed by an assignment as a Chaplain in the United States Army and retired as a Lieutenant Colonel. Family will be present on Thursday, December 16 from 1 to 5 pm at the Basilica of Sts. Peter and Paul in Chattanooga, followed by a Vigil Service at 5 pm. The Mass of Christian Burial will be said at the Basilica of Saints Peter and Paul in Chattanooga on Friday, December 17 at 12:00pm. In lieu of flowers, donations may be made to; in India- Love and Care Mission Inc., c/o Sunder Raj, 53-11 254th Street, Little Neck, NY 11362, or in the Philippines- World of Hope Tennessee - Isaiah 58, PO Box 444, Hixson, TN 37343. Arrangements are by the North Chapel of Chattanooga Funeral Home, Crematory, and Florist, 5401 Highway 153, Hixson, TN 37343. Fond memories and expressions of sympathy may be shared at www.chattanooganorthchapel.com for the Brando family.
See more See Less