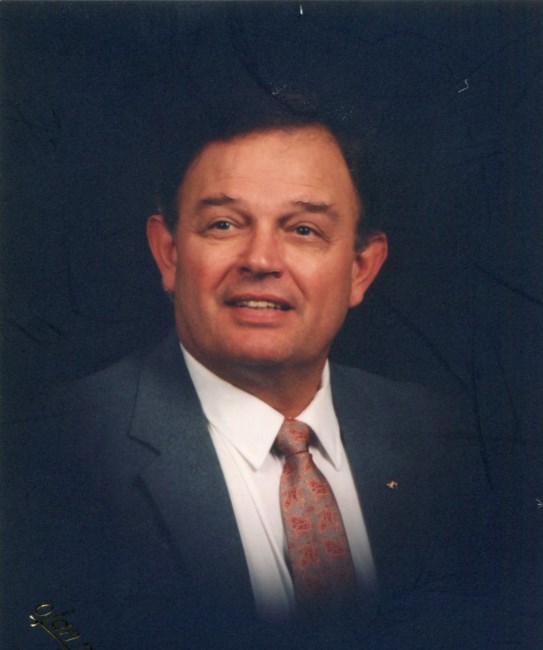 Ronald Walker Luntsford (84), died on April 16, 2022, surrounded by his adoring family. Ron was the first born son to Jess Walker and Mary Sue Luntsford. Judy Luntsford Kellam of Martinsville, VA is his younger sister. His brother, Wayne, proceeded him in death. Ron was born in Rogersville, TN and attended Rogersville High School until joining the Air Force at age 17. He proudly served in the Air Force until he married the love of his life, Louise Lawrence. They were married on April 15, 1958 and started their life together in a garage apartment in St. Elmo. After having their two daughters, Linda and Lois, they moved to Red Bank where they planted their roots. Ron was an IBEW Local 175 Electrician until he retired. He was a volunteer fireman in Red Bank, an Alhambra Shriner, and a member of the Red Bank Lions Club. Most importantly, he was a very proud member of the Fellowship Class at Red Bank Baptist, where he also served as a deacon and an usher. Ron is survived by his eldest daughter Linda Owens (Scott) and his youngest daughter, Lois Whitmire (Rob). Ron had five grandchildren, Brittney Murphy (Cole), Kendal Cooper (Rem), Hogan Whitmire, Marie Whitmire, and Brooke Whitmire. He also got to the meet and love on three great-grandchildren: Bo Avett, Reilly Brooks, and Quinn Cole Murphy. The family will receive friends at North Chapel and Hamilton Memorial Gardens on Tuesday, April 19 from 4-7 and Wednesday, April 20 from 10:30-12. The funeral will begin at 12. In lieu of flowers, the family requests you make a donation to either Red Bank Baptist Church or the ministries of Dr. David Jeremiah. Arrangements are under the care of the North Chapel of Chattanooga Funeral Home, Crematory and Florist, 5401 Highway 153, Hixson. Please share your thoughts and memories at www.chattanooganorthchapel.com
See more See Less

In Memory Of Ronald Walker Luntsford