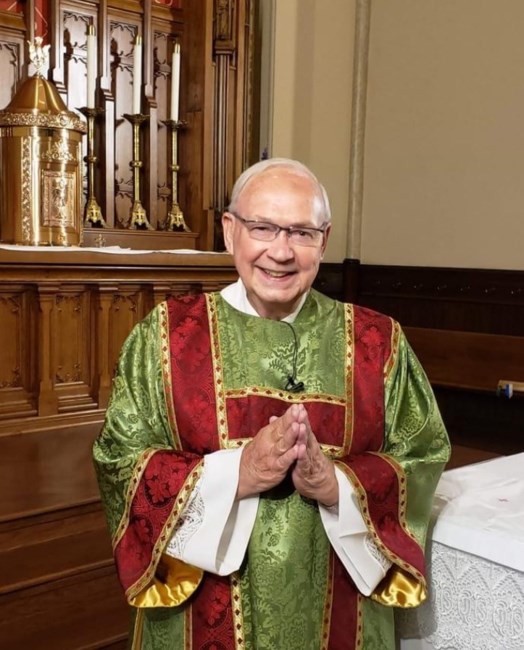 Thomas Craig McConnell, 75, known affectionately as COL Mac or Deacon Tom, went home to be with the Lord Tuesday, 28 Sept 2021. COL Mac, a native of North Carolina, graduated from the United States Military Academy at West Point in 1968. His 26-year military career as a Signal and Aviation officer included combat in Panama, national/international/joint/allied overseas assignments in Germany, Korea, and The Netherlands, company and battalion commands in Germany, and assignments in Washington, D.C. on the Joint Staff in the Pentagon and as an Intragovernmental Fellow with the FAA. The colonel earned an MSBA from Boston University and graduated from both the Armed Forces Staff and Army War Colleges. After military retirement, the colonel began a 24-year career in secondary education where he served three years at Central High School as Senior Army Instructor and twenty-one years as Hamilton County's Director of Junior ROTC and the Department of Defense Coordinator of JROTC for the state of Tennessee. He was ordained a deacon in the Roman Catholic Church in 2007 and served at St. Jude and at the Basilica of Sts. Peter & Paul in Chattanooga, TN. Earned specialties include Ranger, Airborne/Jumpmaster, Senior Aviator, Air Traffic Control and Management, Joint Command and Control Planning and Operations. Awards and decorations include Legion of Merit with Oak Leaf Cluster, Defense Meritorious Service Medal with Oak Leaf Cluster, Army Meritorious Service Medal, Army Commendation Medal with three Oak Leaf Clusters, Joint Meritorious Unit Award, the Distinguished Civilian Service Award and the Organization of the Joint Chiefs of Staff Identification Badge. Civic awards/activities include International Biltmore Who’s Who Registry of Education Executives and Professionals, Who’s Who Among High School Teachers, Jaycees Outstanding Young Man of America, 2010-2011 JROTC Director of the Year US Army Cadet Command; served as an Officer or Director on the Boards of the Military Officers Association, Armed Forces Communications & Electronics Association, West Point Alumni Society of Greater Chattanooga, Tennessee Community Resource Board, Freedom Foundation, Chattanooga Regional Homeless Coalition, Chattanooga Area Veterans Council, and Kiwanis International where he was named a George F. Hixon Fellow; served as a member of the John Sevier Chapter of the Sons of the American Revolution, Navy League, Military Order of the World Wars, Association of Graduates U.S. Military Academy, Clan Donald Society, Chattanooga Symphony and Opera Guild, Walden Club, Valley Brook Golf and Country Club, Charter Member of the National Medal of Honor Heritage Center, recipient of the US Army Signal Regimental Order of Mercury, inducted into the Mount Holly Athletic Hall of Fame, and was a 3rd Order Dominican. In addition to his responsibilities in public education, COL Mac also served as Military Chairman of Chattanooga’s 70th Armed Forces Day Parade, as the Coordinator of West Point Admissions for Tennessee’s Third Congressional District, as well as member of the Congressman’s Military Advisory Committee; and Deacon Tom created & directed Prison Ministries for the Chattanooga Deanery of the Catholic Diocese of Knoxville. Survivors include his wife of 53 years, Brenda Hart McConnell; two daughters in Chattanooga, Mary Catherine and Margaret Ann; two sons, John David in Florida and Mark Christopher in Virginia; three granddaughters, Sophia Marie, Ella Rose, Cecilia Marie, and one grandson Aedan John. Mr. McConnell will lie in state from 4:00 to 7:00 p.m. with a Vigil Service at 7:00 p.m. on Friday, 8 Oct 2021, at the Basilica of Sts. Peter & Paul with Deacons Armor Hicks, and Gaspar DeGaetano officiating. The Requiem Funeral Mass will be Saturday, 9 Oct 2021, 11:00 a.m. at the Basilica with Father David Carter officiating. A Private Burial with military honors will be Monday 11 Oct 2021, 10:00 a.m. at the Chattanooga National Cemetery for family and church clergy. Memorial contributions may be made to the Basilica of Saints Peter and Paul Catholic Church, 214 East 8th Street, Chattanooga, TN 37402.
See more See Less

Body to Lie in State