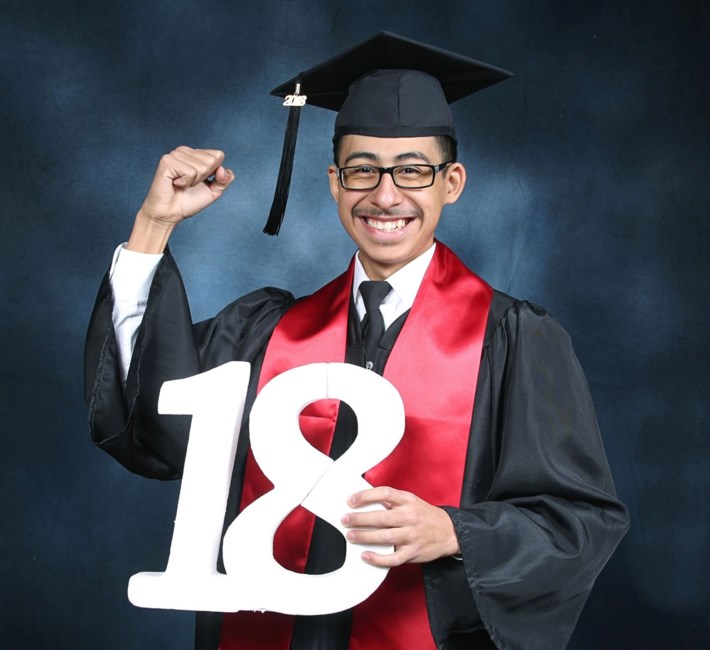 Abel Mata, age 22, passed away on March 12, 2022 in San Antonio, Texas. He was born in Houston, Texas on December 13, 1999 to Able Mata and Consuelo Garcia. He attended East Early High School and pursued higher education at The University of Texas at San Antonio. Abel had a few hobbies that included bike riding, traveling, and spending time with his pet, Gizmo. His most favorite interest was the Star Wars series. In his younger years, he spent many of them bike riding through Downtown Houston with his dad and even completing a few bike marathons together. Abel and his family would often visit various parts of California from an early age; accumulating countless memories with his mom and sister while his dad took photos. When he acquired an interest for the Star Wars series, his dad made sure he never missed a single film making it a tradition for them to visit the movie theatre. He was survived by his grandparents, David Mata, Marcela Mata, Dominga Garcia, and David Garcia; his parents, Able Mata and Consuelo Garcia; his only sister, Gabriella Mata; and his nephew, Gadiel Lopez. Abel’s life is to be celebrated with a visitation from 4:00 PM to 8:00 PM on Wednesday, March 23, 2022 at Forest Park Lawndale Funeral Home, 6900 Lawndale Street, Houston, TX 77023; family and friends are encouraged to attend and share stories of their time with him. A funeral service will occur Thursday, March 24, 2022 from 10:00 AM to 11:00 AM, 6900 Lawndale, Houston, TX 77023. He is to be laid to rest at Forest Park Lawndale Cemetery, immediately following the funeral service. The Mata family would like to thank you for taking the time to remember their dearly loved grandson/son/brother/uncle, Abel Mata. Fond memories and expressions of sympathy may be shared at www.ForestParkLawndaleFH.com for the Mata family.
See more See Less

In Memory Of Abel Anthony Mata