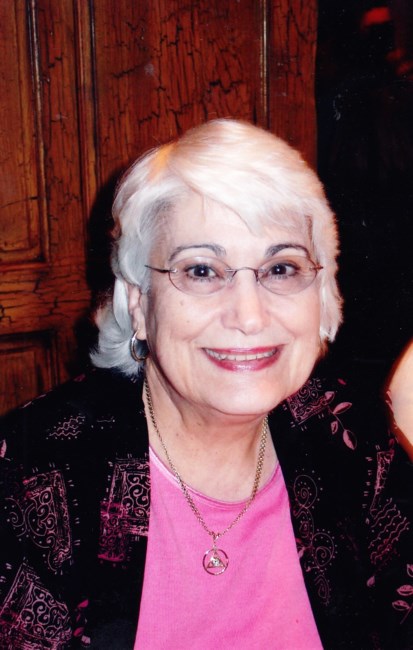 Terri Checkles, age 87, entered into eternal rest on January 18, 2023. She was born on September 3, 1935 in Toledo, Ohio to Gus and Margaret Mancy as the eldest of five children. She graduated from Norte Dame Academy in Toledo, Ohio in 1953. She attended Ohio State University and was a member of the Alpha Xi Delta Sorority. While attending OSU she met the love of her life, Nicholas S. Checkles, MD and they married June 17, 1956 in Toledo, Ohio. They were happily married for 66 years. They lived in Great Lakes, IL, Toledo, Ohio, Columbus, Ohio and moved to Houston, TX in 1978 where she lived out the rest of her life. Terri was involved with many clubs and activities in the Houston area. She was a member of the tennis league at Raveneaux Country Club where she met many lifelong friends, including her future daughter-in-law. She also enjoyed book clubs, garden clubs, SAFTA, Ikebana, foodie groups, Course in Miracles, Bridge and Mahjongg. She was a lifelong member of the Greek Orthodox Church, a member of the Daughters of Penelope, AGOC Philoptochos and volunteered many years at the Houston Greek Festival. Terri was active in politics and a member of the League of Women Voters and the Northwest Forest Republican Women. She was a successful businesswomen and was co-founder of NSC, Properties which she managed for many years. Terri was an extraordinary, selfless and loving person who knew how to make anyone feel like they were family (even just the person in front of her at the grocery store checkout line). She had 4 children and was Nana to her five grandchildren and two great grandchildren. She is predeceased by her parents, brother George Mancy and son Christopher Checkles. She is survived by her husband, Dr. Nicholas S. Checkles, brothers, John Mancy, Gus Mancy (Terry) and sister Renee Wood. She is also survived by her daughter Elaine Leatherwood (Lee), son, Steve Checkles (Cheri), Paul Checkles, daughter-in-law Jenny Checkles, grandchildren, Nicki Leatherwood-Schoolar (Max), Sam Leatherwood (Caty), Nicholas Checkles (Laura Beth), Costa Checkles (Wen-Ting) Ariana Checkles and great grandchildren Aretta and Zelda Schoolar along with many beloved extended family members. The family would also like to thank her caretakers, Lydia Gonzalez and Sophia Wade, for all their tender love and care over the last couple of years. Visitation will be held at Annunciation Greek Orthodox Cathedral at 3511 Yoakum Blvd in Houston at noon on Friday, January 27th and the funeral service will follow at 1:00. Burial will be at Cook Walden Forest Oaks, 6300 West William Cannon, Austin, TX at 1:00PM Saturday, January 28th. Fond memories and expressions of sympathy may be shared at www.heightsfuneralhome.com for the Checkles family.
See more See Less