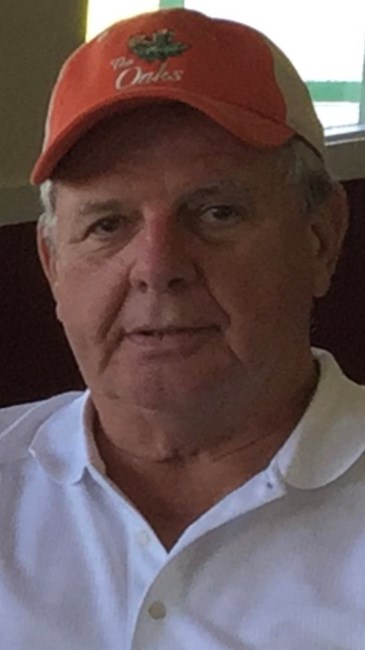 Charles J. Daczkowski 78, of Houston, TX, passed on September 20, 2022. Charles was born to Charles Joseph Daczkowski and Mary Ochap Daczkowski December 12th, 1943 in McKeesport, PA. He graduated from McKeesport High School in 1961 and received a Bachelor's Degree in Mathematics from the University of Houston. He married Rita Marie Weiser in 1965, and they lived together in Houston, TX. Together they raised one child Dawn Marie Johnston. He is survived by: Florence Kundman (sister) and Lawrence Daczkowski (brother) (Maureen) and Troy Johnston (son-in-law). He also leaves to cherish his memory nieces, Karen Vranesevic, Susan Corona, Julie Nauer(Kevin), Jennifer Calverly (Todd), nephews Richard Kundman(Candace) Joseph Kundman, and Stephen Kundman. He was preceded in death by Rita, (wife), Dawn, (daughter), Loretta McCoy, (sister) Richard Kundman, (brother- in-law) and best friend and golfing partner Edward Freinstein. Charles worked as a Assets Manager of Systems for Crew and Thermal Systems Division for Jacobs/Lockheed Martin for over 40 years. He has in years pasts enjoyed playing softball, being a point guard while playing basketball, was a quarterback for a recreational football league and playing tennis on Friday nights but most of all he enjoyed his beloved game of golf with family and friends. He will be missed by his golf group especially on Wednesday nights when they all got together for their weekly fish fry at each of their homes. The family would also like to thank Dave Ayoub and especially Victor Murray for all their help with Charles during his illness and their many visits to the hospital along with keeping his Pittsburgh and Wisconsin family informed when they were unable to be there. Thank you for all you have done for him and for us. It was much appreciated! The family requests that donations be made to Heal Animal Rescue League at: HealAnimalRescue.org or can be sent directly to: Heal Animal Rescue, 216 Depot St, Youngwood, PA 15697. Fond memories and expressions of sympathy may be shared at www.ForestParkLawndaleFH.com for the Daczkowski family.
See more See Less

In Memory Of Charles Joseph Daczkowski