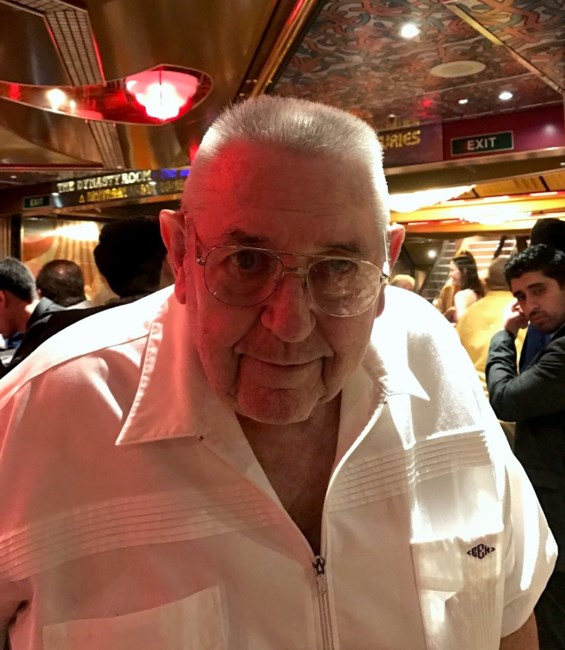 Edward Herman Eichelberger, better known as Herman, was born August 31, 1930 in Pelly, Texas, now known as Baytown, to Alma Louise Phillips & Phillip T. Eichelberger Sr. He passed away peacefully in his sleep on August 3, 2022 at home with his loving wife by his side. Herman is survived by his wife of 68 years, Barbara Eichelberger; his son and daughter in law, Charles & Sandra Eichelberger; his daughter and son in law, Patricia & Victor Heinrich; his grandkids, Rusty, Steven, Kristi, Jeremy, Danny, Shane, Michael, Amber. He had 25 great grandchildren and 4 great-great grandchildren and numerous nieces, nephews, and others that loved him. Herman loved his family and thoroughly enjoyed being “PaPaw” to his grandchildren. He spent a lot of time with them hunting, fishing, vacationing, on holidays and backyard bbq’s. He was always there for his nieces and nephews, they all loved Uncle Herman. He will be missed by all. He worked as a Printer for The Houston Post from 1959 to 1995 when it was sold. He retired at the age of 85 in 2015 after working as a merchandiser for McCormick spices. Herman worked on TV’s in the 60’s and owned a small TV repair business. He was also the penultimate “Shade Tree Auto Mechanic”. He could diagnose and repair any automotive problem. His expertise began in his teenage years and continued to grow. Herman deeply touched and was a lifelong friend to all that knew him.
See more See Less

In Memory Of Edward Herman Eichelberger