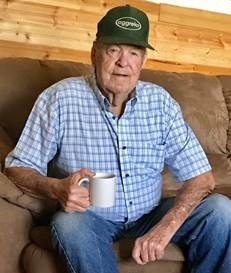 Elmer Leonard Hall, born on July 31, 1928, went to be with the Lord on January 13, 2023. He passed away peacefully with family in Wagoner, Oklahoma and was predeceased by wife Frances Rosaline (Armstrong) Hall; parents Lively and Mae (King) Hall; brothers Rommie, Bill, Fred, and Joe; sisters Lucille, Marie and Lila Jane; and son-in-law George Edward Heinrich. He is survived by daughter Sharon Frances (Angerer) Heinrich, son Bruce Arthur Hall (wife Darienne), daughter Janet Lynn Stowers (husband Kevin), sister Ann Chelakis and sister-in-law Dorothy Kelley. Grandchildren: George Edward Heinrich, Jr. (Grace), Dounna R. Heinrich Poth (Andrew), Christopher Lee Stowers, Jeffery Cody Stowers (Crystal), Ryan Andrew Hall (Bridget) and Sarah Nichole Hall. Great grandchildren: Jacob Williams, Taylor Williams, Nevaeh Stowers, Shane Stowers, Ruby Stowers, Lily Stowers, Ryleigh Roland-Stowers, and numerous step-grandchildren, nieces and nephews. He was born and grew up in DeValls Bluff, Arkansas. He served in the Korean War as a Sergeant in the U.S. Army from 1950 through 1952. Leonard fell in love-at-first-sight with Frances Armstrong on a dance floor and oh, did they love to dance! They married on November 23, 1953 in Houston Texas and were married 42 years until her death in 1996. Leonard raised Frances’ daughter Sharon as his own with Bruce and Janet initially in Houston, TX before moving to Pearland, TX in 1970. Many weekends were spent coaching Bruce’s Little League baseball teams. He worked with Sunshine Laundry/Cleaners and subsequently owned his own laundry route business being affectionally called “Sunshine” by his numerous commercial and residential clients who knew his word was his word. He was quick to lend a hand to a neighbor in need and enjoyed tending a large garden plot beside his home and sharing its bounty. He was a founding and life-long active member of VFW Post 7109 in Pearland, Texas including a term as Commander. A section of the Post was named “Sunshine Hall” in 2017 in recognition of his contributions to the VFW. Family viewing at Forest Park Lawndale, 6900 Lawndale St., Houston, TX, will be held on Friday, January 27 from 4-5 pm, visitation to follow from 5-9 pm. The funeral service will be on Saturday, January 28 at 12:00 in the Chapel of Angels. Reception to follow at VFW Post 7109 in Pearland, TX. In lieu of flowers, donations may be made to VFW Post 7109, 4202 West Walnut St. Pearland, Texas 77581.
See more See Less

In Memory Of Elmer Leonard Hall