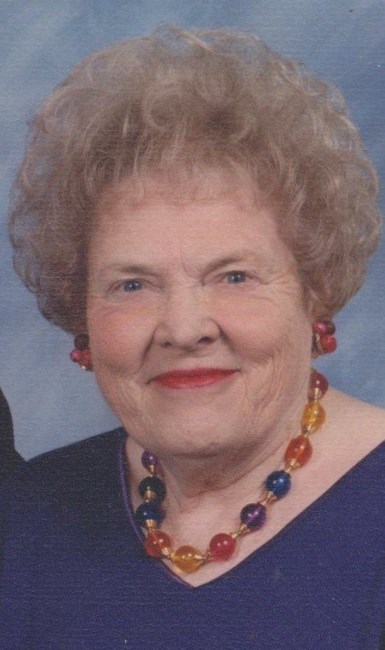 Geraldine Sharpley, age 93, passed away in the comfort and solace of her home, family, and caretakers in Houston, Texas on April 18th, 2022. She was an accomplished musician with a distinguished career that spanned over 70 years. Obtaining a Bachelor’s Degree in Music from the Southern College of Fine Arts in 1951, she was an outstanding piano teacher, organist pianist, accompanist, and an active member of numerous musical organizations. Geraldine was an active performing member of the Tuesday Musical Club between 1972 and 2013 and a church musician between 1955 and 2004. She was also a terrific improviser. The Texas Music Teachers Association honored her as a 2015 TMTA Teaching Fellow Recipient. She did much charity work, especially through her music. Born as Norma Geraldine Knighton on January 3rd, 1929 in Houston. Her parents were John and Nancy Knighton. She married James Wesley Sharpley in 1953 at First Christian Church of Houston, where they spent many years in service. James (also known as Jim) preceded her in death in 2019. They had three children, John who resides in Singapore, Nancy and her husband Gary Hutchinson, and Janet who live in Houston. Geraldine is also survived by five grandchildren and their spouses – Angela (Paul Perret), Stephanie (Ross Brooks), Heather (Justin Greiner), Rachel (Bobby King), and Sarah (Aaron Flaherty). A niece - Betty McCall and her partner Ed Mollitor, a nephew - James Bailey, a cousin - Sedonia, ten great grandchildren, Paul and Camille Perret, Owen and Evan Brooks, Camden, Levi, and Jaxson Greiner, Emersyn and Aubrey James King, Michael James Flaherty. Caretakers - Barbara Laurents, Coni West, Tracey Chamblin, Tiffany Evans, Sarah Fusig and Sarah Flaherty, three dogs - Molly, Gracie, and Blackie, plus countless friends, colleagues and former students. Geraldine, a member of First Christian Church of Pasadena, supported by her abiding Christian faith, embodied unconditional love. Her dedication to family, church, students, friends and to anyone in need was legendary. She worked tirelessly and selflessly in the service of others. A celebration of life for Norma will be held Tuesday, April 26, 2022 from 2:00 PM to 3:00 PM at Forest Park Lawndale Funeral Home, 6900 Lawndale Street, Houston, TX 77023. Per family request, Masks are mandatory. In lieu of flowers, contributions in Norma's memory may be made to First Christian Church of Pasadena Music Ministry, 4808 Fairmont Parkway #284., Pasadena, texas 77505-3722.
See more See Less

In Memory Of Geraldine Sharpley