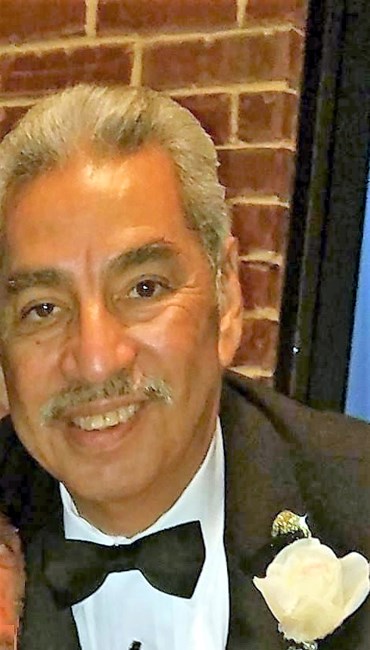 Jesse B. Moreno, 68, a native Houstonian was born on March 1, 1952 and passed away Wednesday, September 23, 2020. Jesse enjoyed spending time with his wife, children, grandchildren, great grandchildren, and his best friend “Sir Blu”, his Weimaraner. Jesse began his career in the funeral profession over 40 years ago at a small funeral home on the Northside of Houston. He graduated from Commonwealth College of Sciences. Through the years, he was the manager of the embalming Center at Forest Park Lawndale and assistant manager of Houston Service Center, where he was preceptor for the embalming lab for mortuary students. Later, he was transferred to Bellaire Southwest Funeral Home which is now known as Advantage Funeral and Cremation Services. Jesse was very involved in his community and profession. Jesse was a member of T.F.D.A., Southeast Funeral Directors Association, Commonwealth Institute of Funeral Service Alumni, D-Mort (on the state and National Level) and the Bellaire Rotary Club. Through his dedication Jesse received several accolades, 2009 South East Texas Funeral Director of the year award, 2005 D-Mort member of the year, and Rotary’s Paul Harris Award. He was Past President of Southeast Funeral Directors Association and an Alumni Board Member for Commonwealth. Families were always important to Jesse, "you should treat your families as you would like to be treated". Jesse is preceded in death by his parents, Benito and Pauline Moreno, sister Janie Rivera and brother Larry Moreno. He is survived by his wife Patricia Moreno, children; Christine Moreno, Joe Anthony Moreno and his wife Melissa, Michael George Moreno and his wife Amanda and David Charles Moreno and his wife Casey, siblings; Guadalupe Villegas, George Moreno, Carlos Moreno and Ernest Moreno, grandchildren; Desiree, Aaron, Jaden Ariana, Roman, LiLianna, Brooklyn, Jayden, Ava Sage, Jacob, Jarika, Jeremy, Blake, Charity and Zachary, and great grandchildren; Leilani and Julius. Visitation with the family will be held from 4:30 p.m. until 8:00 p.m., Sunday, September 27, 2020, Heights Funeral Home. A rosary will be offered at 6:00pm that evening. Funeral Mass will be celebrated at 10:00 a.m., Monday, September 28, 2020, at Holy Ghost Catholic Church, 6921 Chetwood Drive, Houston, Texas 77081.
See more See Less

In Memory Of Jesse B. Moreno