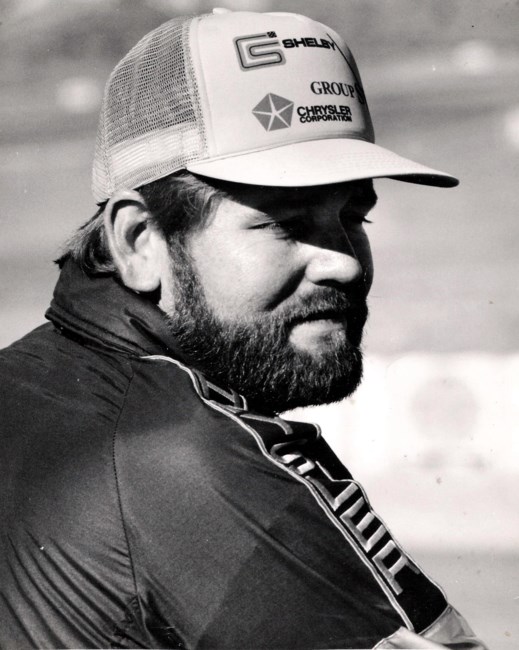 Joel Wayne Jackson died this morning March 9, 2018 in Tyler, TX due to complications following liver failure. He was 61. Mr. Jackson was born on May 10, 1956 in DeQueen, AR to his parents, Wayne and Rachel Jackson. He married Martha (Rosilier) Jackson in 1979. Joel worked at Pritchett Engineering and Hughes Offshore. The Jackson's moved to California where Joel worked as an engineer and crew chief for Carroll Shelby. The Jackson's then moved back to Texas, and opened their own company, Racefab, Inc in 1990. In 1999 the Jackson's relocated their company and family to Rusk, TX. During Joel's long automotive career, he created over 600 vehicles including the prototype Dodge Viper, the Mario Andretti Driving Experience Cars, and the NASA Lunar Rovers. Mr. Jackson enjoyed writing and is the author of 3 books, “Fast Days”, “Speedlust” and “Denver Harbor”. Mr. Jackson is survived by his wife Martha(Marty) Rosilier-Jackson, sons, Jason and Jefferson Jackson, sister, Judy Fedd of Huffman, TX, nieces , Terri Stevens, Sheryl Lawson, Marie Morton, and nephew Zack Dailey. Pallbearers: Matt Rosilier, Nick Thomason, Johnathan Housley, Eddie Breen, Josh Juneau, and Justin Lawson. Family will receive friends on Saturday, March 17, 2018 at 12:00 pm, with the funeral service beginning at 2:00 pm at Forest Park Lawndale in the Chapel of Angels, located in the cemetery at 6900 Lawndale Street, Houston, Texas 77023. Interment will follow at Forest Park Lawndale Cemetery.
See more See Less

In Memory Of Joel Wayne Jackson