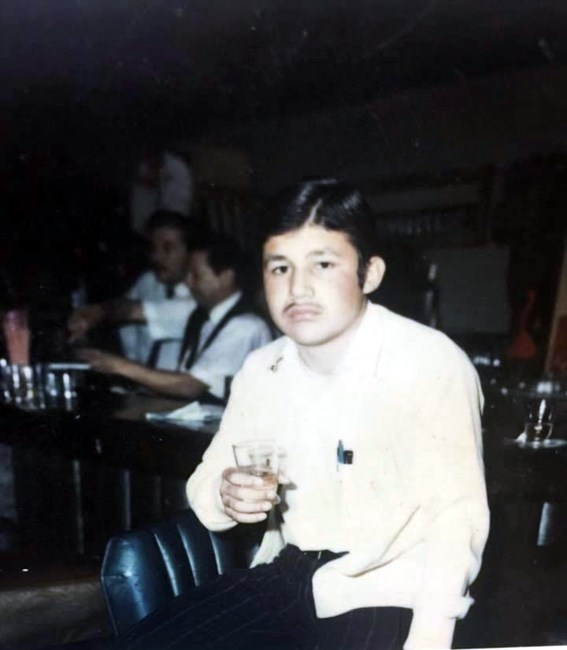 Juan Franco passed away peacefully on July 28, 2022 at the age of 68. Juan was born on March 15, 1954 to Rafael Franco and Maria Guadalupe Gonzalez Franco in Mexico. He married Delia Franco in 1973 and moved to Texas. He found his entrepreneurial calling and established a family business. Juan was known for his work ethic and love for his family. He could fill a room with laughter and had a knack for gifting people their monikers. He had a love for movies and passed on the art of quoting to his children. Juan was a food enthusiast and would offer up restaurant suggestions, be it locally or nationally. Juan was loved by many and will be missed dearly. He made such strong impressions on anyone he met. He is survived by his loving wife of 49 years, Delia Franco, Daughters; Sandra Franco, Marina Franco; son-in-law Chris Fernandez, Sarah Franco, Zulema Franco; son-in-law Michael Geissmann, Erika Fisher; son-in-law Aaron Fisher, Michelle Franco, son-in-law Jason Fout, Criztal Franco, Priscilla Franco, son-in-law Cesar Garcia, Carla Franco. Sons; Cesar Franco and John Michael Franco. 28 Grandchildren and 2 Great Grandchildren. He is preceded in death by his Mother, Maria Franco and brother Felipe Franco. A visitation for Juan will be held Wednesday, August 3, 2022 from 12:00 PM to 2:00 PM at Forest Park Lawndale Funeral Home, followed by a funeral service from 2:00 PM to 3:00 PM.
See more See Less

In Memory Of Juan G Franco