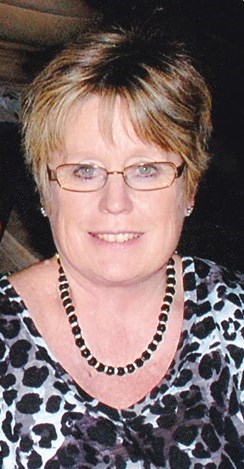 Karen was born to Lee Edward Greb Jr. and Wanda Whitt Greb on October 20, 1955. She graduated from Spring Branch High School in 1973 and received a Bachelor of Science in Nursing from Texas Women’s University in 1977.

She married Menardo Pancho in 1992 and they lived together in Houston, Texas. Karen has a stepson, Myles Pancho.

She is survived by her husband, Menardo Pancho, her brother, Lee Edward Greb III (Cheryl Greb), and her sister Kathy Gandy (Roger Gandy) and many nieces and nephews.

She was preceded in death by her parents and her sister, Laurie Greb Grafe.

Karen worked as neonatal ICU supervisor at St. Joseph Medical Center for 43 years. Karen and her husband cherished their vacation in Punta Cana and Las Vegas, spending time in the casino. She was also actively involved in HAANN (Houston Area Association of Neonatal Nurses), and March of Dimes.

A memorial service is scheduled for June 25, 2021 at 10am at Forest Park Lawndale Funeral Home. A reception will follow at the same place.