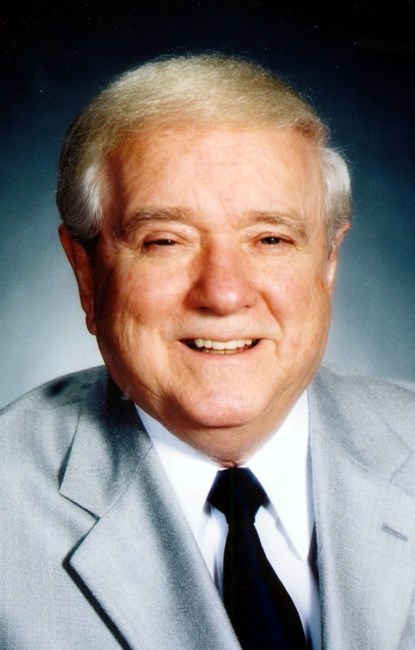 Paul Sanders Berlin, age 86, passed away June 23, 2017, in Houston, Texas. Paul Berlin is a native of Memphis, Tennessee. He began his broadcasting career in 1948 at the age of seventeen, when he won a contest that gave him a summer DJ job on a Memphis radio station. In 1950 at age 19, Paul came to KNUZ in Houston. He was an immediate hit and won numerous most-popular DJ contests. Within a short time he began promoting concerts and dances featuring Rock and Roll legends like Fats Domino, Chuck Berry, Jerry Lee Lewis, The Platters, Paul Anka, Nat King Cole and many more. In 1974 he moved to KQUE and in 1997 to KSEV and in 2001 to KBME. He retired in 2004 and returned to KSEV in 2010 where the “Best-of-Paul” is aired every Saturday evening. Paul’s unique style and warm personality have earned him many awards. He was the first recipient of the American Women in Radio & TV Media Award as Radio Personality of the Year, Marconi Award Nominee for Major Market Personality of the Year, and was inducted into the Rock & Roll Hall of Fame in Cleveland, Ohio, when it opened in 1995. In 2002, Paul was inducted into the Texas Radio Hall of Fame. Paul was preceded in death by his wife of 62 years, Inez Elbel Berlin. He is survived by five sons, Brad Berlin and wife Patti of The Woodlands, Glenn Berlin and wife Sue of Houston, Bruce Berlin and wife Dana of The Woodlands, Donald Berlin of Austin, TX and Craig Berlin and wife Jamie of Houston; grandchildren, Evan Berlin, Elise Berlin, Ross Berlin and wife Melissa, Valerie Berlin, Denise Pennington and husband Josh, Austin Berlin and wife Cam, Paul Berlin, Carson Berlin, and Courtney Berlin; great grandchildren, Samantha Berlin, Paige Pennington, and Tate Pennington; and numerous nieces and nephews. The Celebration of Life Memorial Service will be held 10:30 a.m., Tuesday, July 25, 2017 at South Main Baptist Church, 4100 Main St., Houston, Texas 77002. In lieu of flowers, donations may be made to the Shriner’s Hospital for Children by visiting www.shrinershospitalsforchildren.gov It was Paul's explicit request that his Memorial Service be open to "All of Heavenly Houston." His favorite advise to his peers: "Be informative. Be entertaining. Or be quiet."

In Memory Of Paul Berlin