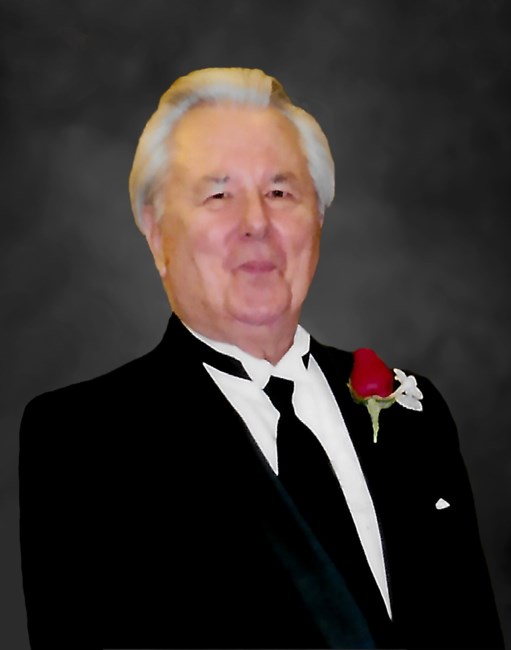 Paul Maresh Spivey, age 88, of Houston, Texas, went home to be with his Lord and Savior Jesus Christ on May 31, 2021. He was born on February 9th, 1933, in Houston, Texas to Thomas William Spivey, Sr. and Anna Marie (Kupfernagle) Spivey. As a native Houstonian of 88 years, he graduated from Aldine High School in 1950. Paul was a proud and devoted Bear, having received his Bachelor of Business Administration degree in 1954 from Baylor University, Waco, Texas. He remained a dedicated Bear alumnus and avid sports fan of his alma mater. Paul had a long career as an examination agent, finishing a successful 35-year career with the U.S. Department of the Treasury, Internal Revenue Service, Examination Division in Houston, Texas, until his retirement in 1994. Paul made a difference in the peoples lives he touched as a mentor to many and a friend to more. Anyone who knew Paul knew he was an avid sports fan if there ever was one! Baseball, Football, and Basketball were his three passions, though he liked all sports and not to mention a history buff too! He made great memories with his sons, coaching them at Oaks Dads Club, attending their High School/College games, and enjoying an Astros, Oilers, Texans, and Rockets game, just to name a few...those being some of his happiest times. He gave his life to Christ at an early age, attending Memorial Baptist Church with his family and siblings. After marrying in 1955, he and his family became members of Garden Oaks Baptist Church from 1955-until his passing. For many years, Paul served as an Administrator, Deacon, Teacher, and working with other committees within the church. Paul was known for many things, but what he will be known for most was his love for the Lord. Over the years, God used Paul to reach the hearts of many through his lessons, service, prayers, and just conversation, to lead people to the Lord and to discover for themselves the joy in finding that personal relationship with Jesus Christ. He was most proud of his eldest son Steven and his accomplishments - graduating from his alma mater Baylor University - receiving his PhD in Theology - becoming a preacher and teacher of God's word. Paul was a storyteller, but boy, did he love a good joke! It did not matter how many times he showed you or told the same story or joke, he would always tell it with excitement and newness like it was the first time. Paul was a giver. He gave his time, money, love, and encouragement to others whenever he could, to show the love of God. Paul was a good and faithful servant. He has left a lasting impression on the lives he touched and will be greatly missed by all. He is preceded in death by his parents, Thomas William and Anna Marie (Kupfernagle) Spivey Sr.; brother, Thomas William Spivey, Jr.; sisters, Doris Virginia Spivey Connor, Annette Thomas Spivey Connor, Betty Sue Spivey, and Barbara Ellen Spivey Grant; daughter, Angela Kay Spivey Culver, former wife of 28 years and mother to his children, Jo Ann Faircloth Spivey. He is survived by his three sons, Steven Wayne Spivey (wife Lynette), David "Craig" Spivey, (wife Diana), and Mark Charles Spivey, (wife Karen); Grandchildren; Kathryn Spivey Gabhart, (husband Jason), John "Scott" Spivey, (wife Brandie), Erica Spivey Cirio, (husband Casey), Christopher Everts, (wife Kristie), and Clinton Everts, (wife Danielle); Great-grandchildren; William, Sadie, Audrey, and soon to be Alexander James Steven to carry on the Spivey name, Brecken, Eden, George, Cora, Olivia, Arianna, Elle, Jack, and many wonderful nieces, nephews and friends. A graveside funeral service is scheduled for 11:00 AM on Friday, June 4, 2021, Forest Park Lawndale Cemetery, 6900 Lawndale St, Houston, TX 77023. Please join us in celebrating Paul's life. In lieu of flowers or customary remembrances, the family kindly requests donations made to Garden Oaks Baptist Church, 3206 N Shepherd Dr, Houston, TX 77018.
See more See Less

In Memory Of Paul Maresh Spivey