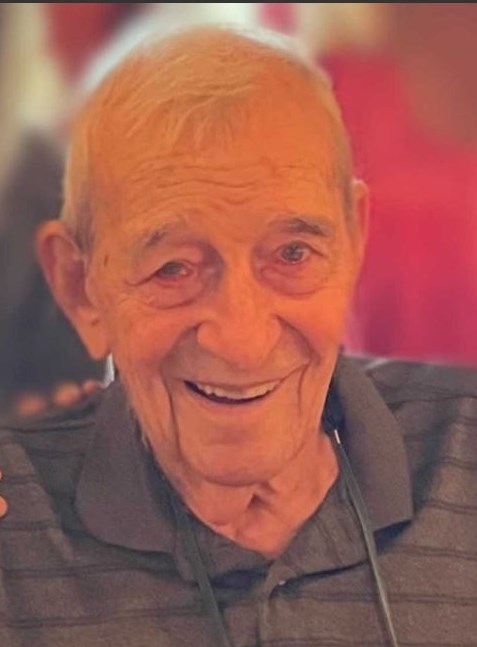 Robert Gallivan went home to be with his Heavenly Father on January 20,2023. He is survived by his daughters Susan Brooks and Kay Gallivan and his son-in-law John Brooks. Robert was preceded in death by his wife Dorothy, his brother Richard Gallivan and his sister Merri Hill. After Dorothy passed, Bob met Billie Cotten who was his lady friend and travel companion for many years. They enjoyed numerous trips to the casinos, traveled to Jerusalem, attended the Bomb Wing reunions in Florida, enjoyed a hot air balloon ride in Albuquerque and went to Disney World while they were both in their 80's. Billie is now in Heaven also. Bob attended Michigan State University and University of Houston and graduated with an accounting degree and then worked for and retired from Prudential Insurance Company after 45 years. He was a Navigator in the Air Force and served in the Korean War. In his later years he volunteered as a transporter for the Southeast Memorial Hospital for 14 years. For the last two and a half years he resided at The Reserve at Pearland assisted living home. The family would like to thank the friends Bob made while living at The Reserve. He was very fond of the caretakers and staff there. Bob never met a stranger. He had a wonderful sense of humor and made people smile and laugh with his jokes and always had something nice to say. He was a very loving, kind and generous man. He had great stories of wonderful times in his life and he loved his family and all the friends he made along the way. Family and friends are invited to attend Bob's visitation at Forest Park Lawndale Funeral Home 6900 Lawndale Street, Houston, Texas 77023 on Friday, February 3, 2023 from 5 PM to 8 PM. A Celebration of Life will take place Saturday, February 4, 2023 at 11 AM with burial to follow at Forest Park Lawndale Cemetery. In lieu of flowers, please consider making a donation in Bob's honor to Houston K911 Rescue, 27538 Kickapoo Road, Hockley, Texas 77477; or the Wounded Warrior Project.
See more See Less