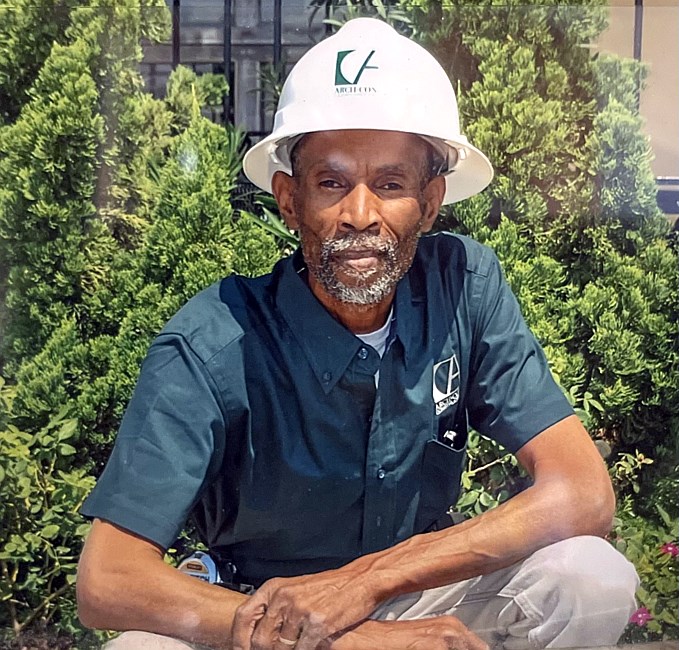 Sylvester Decatur was born in Shreveport, Louisiana on February 1, 1953, to loving parents Quester and Richard Decatur, Jr. The family later relocated to Houston, Texas, where Sylvester attended public schools, from Crawford Elementary through Wheatley High School. During his professional life, Sylvester was known as a loyal employee and as a pleasant co-worker everywhere he worked. He was best known for expert craftsmanship and handy work. Sylvester’s tenure at his last employer, Arch-Con Corporation, began in 2001. There, he worked as a Superintendent and then retired in 2018. Sylvester met the love of his life, Jacqueline, in 1987 and they married on December 29, 2003. They have shared 34 loving years together. Just as the scriptures encourage, they were of one mind and one determination. What God has joined together, let no man put asunder. Sylvester loved his family, and they will miss his sweet spirit and kind demeanor. He was preceded in death by his mother, Quester Hogan, father, Richard Decatur, Jr., sister, Brenda Marie Jacobs, and brother, Henry White. Sylvester is survived by his sisters, Lisa Ngufor, Ollie Gamble, Dora Harrison and LaTorsha Jacobs (who is actually his niece but one who he loved like a sister) and by his brothers, Richard Earl Decatur III, Kenneth Bernard Howard, Gregory Earl Holliman, Henry Decatur, and Oliver Decatur. Sylvester and Jacqueline shared their love with their children, Russell Rucker and Amber Rucker. Additional generations have been added to their legacy and include grandchildren Cameron Burley, Brianna Cannon, King Battle, Amari Battle, Jordyn Rucker, Santana Wilson, Leilani Cromartie and Deyjah Cromartie. Sylvester leaves a host of other relatives and friends who will always remember him. Sylvester went to his eternal reward on January 14, 2022.
See more See Less

In Memory Of Mr. Sylvester Decatur