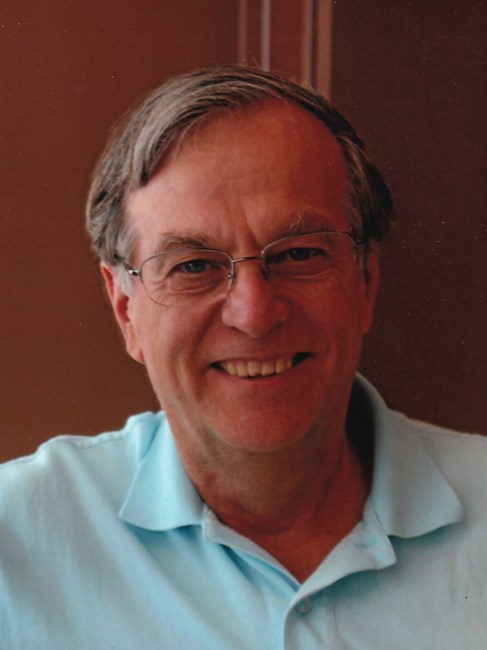 James William McDaniel (Jim), 77, died at 3:55 p.m. Sunday, October 16, 2022, at the Hoosier Village Health Center, Zionsville. He was born May 31, 1945, in Milford Hospital, Milford DE, to William and Ann (Farens) McDaniel. He graduated from Milton High School, Milton, DE, and received a B.S. in Business Administration from Bridgewater College, Bridgewater, VA. He came to Indiana with Brethren Volunteer Service (BVS) where he was assigned to work at Edna Martin Christian Center. While working at Edna Martin Christian Center, he met Marsha and they married in June of 1969. Later he worked at the Sam Oats Accounting Firm in Lebanon, IN, and at American Baptist Churches of Pennsylvania and Delaware in Valley Forge, PA. He retired in 2010 after 30 years as CFO of BHI Senior Living in Zionsville, IN. He belonged to First Baptist Church of Indianapolis, where he served as moderator, on the missions commission, in child care, with the church food pantry, and the sanctuary choir. He looked forward to the mission trips to the Crow Indian Reservation in eastern Montana, where his servant’s heart was evident. Jim’s kind, helpful nature found him actively involved in a variety of community groups - as a guide at the Eiteljorg Museum, on the boards of Global Gifts; Edna Martin Christian Center; American Baptist Churches of Greater Indianapolis; Beginnings Preschool and Child Care; Wesley Manor and after retirement, BHI Senior Living. He enjoyed sharing his interests in trains (both model and life size) and in Studebakers and other classic cars with others. He also enjoyed attending the theater, learning about history, traveling, gardening, and woodworking. Jim is survived by Marsha (Bridwell) McDaniel, his wife of 53 years, daughter Lisa McDaniel Stang (Jeff); granddaughters, Eleanor and Evelyn Stang; sister Carol (McDaniel) Hoover; sister and brother in law Lucia (Bridwell) and Louis Ross; nephew Ashley Ross; nieces Abby (Hoover)Young (Jeremy) and Sara (Hoover) Shoff; three great nieces and two great nephews. He was preceded in death by his parents. A memorial service is scheduled for Saturday, November 5, 2022, at 1:30 p.m. in the First Baptist Church, 8600 N. College, Indianapolis, IN with a reception to follow in the church atrium. In lieu of flowers contribution can be made in memory of Jim to First Baptist Church, Edna Martin Christian Center or BHI Senior Living Foundation.
See more See Less

In Memory Of James W. McDaniel