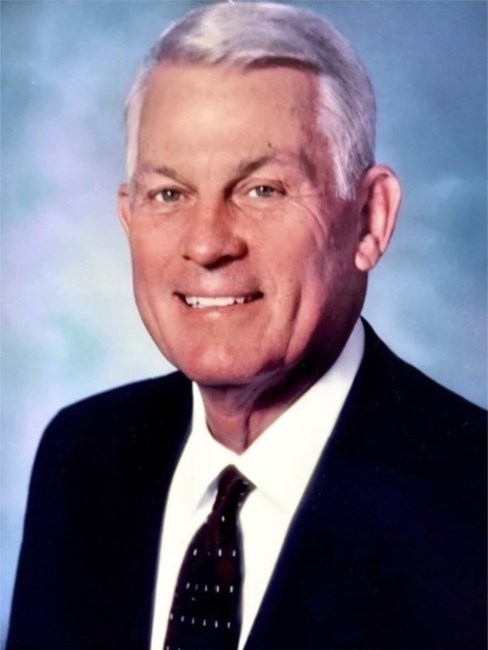 John Lloyd Courter (87) of Charlotte, North Carolina passed away peacefully surrounded by his family on January 19th, 2023. John was born on July 23, 1935 in Bloomington, Indiana. After moving to Lafayette, he attended St. Mary’s grade school and Jefferson High School. In high school, John’s leadership skills helped him become Junior Class President, a member of the Varsity baseball team, and in the National Honor Society. His college years were interrupted when he joined the Army. There he played on the AAA Regimental European Baseball Team that won the championship in 1955. John graduated from Indiana University in 1959 with a degree in accounting. He lettered in baseball and was a member of Phi Delta Theta Fraternity. He was Vice President of Marketing at National Homes for many years, then worked as a low income housing consultant for Blackburn Associates. He soon became the founder of his life's long goal as Owner & President of CourterCo, a global distribution company. John was an avid golfer which led to a memorable hole in one and the accomplishment of shooting his age. His passion for the game led to many championships and awards. Some of John’s other awards and accomplishments include President of IHM Parish Council, CYO basketball coach, winner of the CYO St. John Bosco Award, Kentucky Colonel and President of Highland Country Club & The Landings of Skidaway Island. John married the girl of his dreams, his high school sweetheart, Shirley Duchene. John and Shirley have been married 64 years. John was preceded in death by his parents, John Newton Courter and Margaret Henrietta Schaible Courter and his brother Bill Courter. John is survived by his wife Shirley and his brother Jim and 6 children Kevin (Karen), Craig ( Bobbi), Penny Guthrie (Doug), Carla Brodowicz (Mark), Jessica, Josh; grandchildren Kasey, Eric, Parker, Holly, Heather, Caroline, Austin, Ashley, Zach, Shayla, Janelle, Michael, C.J., Jack, Josh, Colin, and Sadie Rose; 3 great grandchildren Aurelia, Jude, and Owen. Family and friends will gather on Thursday, January 26th from 5:00 pm-7:00 pm at Leppert Mortuary – Nora located at 740 E 86th St. Indianapolis. A Mass of Christian Burial will be celebrated on Friday January 27th at 10:30 am at Immaculate Heart of Mary Catholic Church at 5692 Central Ave. Indianapolis. Inurnment follows at Our Lady of Peace Cemetery. Fond memories and expressions of sympathy may be shared at www.leppertmortuarynora.com for the Courter family.
See more See Less

In Memory Of John Lloyd Courter