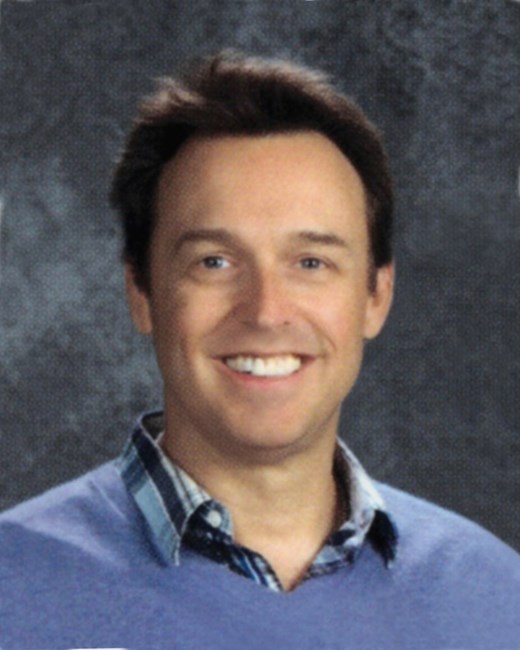 Kirk Timothy Medland, 47, passed away Saturday, July 23rd, 2022. He was born December 24, 1974, to Tim Medland (father) and Marilyn Adams (mother). Kirk will be remembered for his love of his friends, family, and music. He was ear to ear smiles when he was around those he loved, had an unmistakable laugh, and gave the world’s greatest hugs. Kirk had a passion for music, road trips, taking care of his cat Wigglesworth, and Ball State sports. After graduating from Carmel High School in 1993, he attended Ball State University where he met friends from many different circles and earned his degree in 1997. Kirk later earned a Master’s Degree as a nationally certified school psychologist and graduated Summa Cum Laude, an honor that made us all very proud. Kirk was dedicated to children in the schools where he worked and helped them on their path to success. He was dearly loved by his staff and students. Kirk is survived by his parents, Tim Medland and Marilyn Adams, step father Neil Adams, step mother Joanna Medland, brothers Drew (Jennifer) Medland, Chris (Jillian) Medland, Matt Medland and Tim Wade; nephew and nieces Luke, Molly, and Grace Medland. Kirk’s Celebration of life will be from 4-6 PM on Thursday, August 4, 2022 at Northside Events and Social Club, 2100 E. 71st Street, Indianapolis, Indiana 46220. In lieu of flowers, contributions in Kirk’s memory may be made to The Salvation Army. Leppert Mortuary – Nora chapel assisting with arrangements. Please light a candle and share a memory at www.leppertmortuary.com.
See more See Less

In Memory Of Kirk Timothy Medland