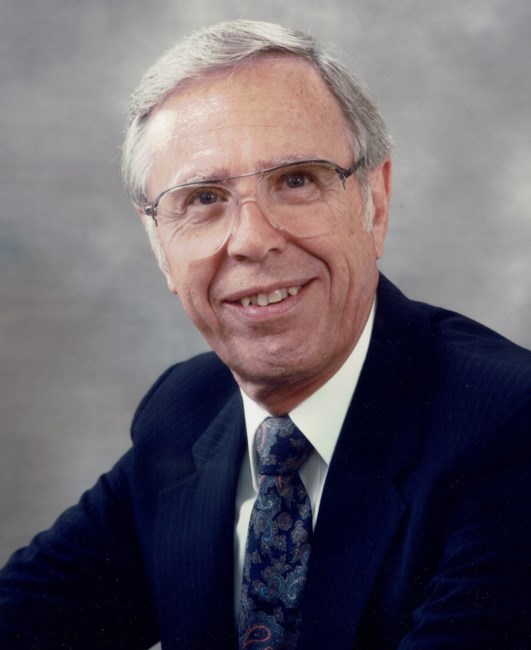 Gene, through his ministry and life’s work, was known as a compassionate counselor, a motivational and relatable preacher, and a servant leader. He and Mary Ellen performed missionary work in Central America, and Gene spent time with the Baptist Churches in Russia. Together they volunteered for many years at the Green Lake Conference Center (ne the American Baptist Assembly) in Green Lake, Wisconsin. Gene loved sports of all kinds, but golf most especially. He was known for his sense of humor, his listening ear, and pastoral presence, even until his final days. He adored spending time with his grandchildren and his great-grandchildren.

Gene was preceded in death by his father, Lawrence, his mother, Sara, his brother James, his sister, Jeanette, and his wife, Mary Ellen. He is survived by his children, Mitchell, Jill Stollenwerk (Gerald), Jeffrey (Carmen S.), and Joel (Carmen D.) ; his five grandchildren, Jeremy, Jeff, Brad (Holly), Ross (Alicia) and Kyle, and his six great-grandchildren, Donny, Charity, Ben, Braxton, Jordan, and Maddie. A Celebration of his Life will be held on Saturday, January 11, 2020 at First Baptist Church, 8600 N. College, Indianapolis, Indiana. Visitation will begin at 9 AM, and the Service at 11 AM. Donations to First Baptist Church Indianapolis’ Abundance Initiative would be appreciated in lieu of flowers.

In Memory Of L. Eugene Ton