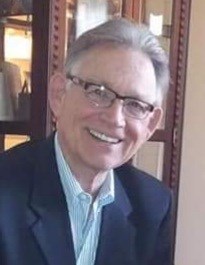 Larry Alexander Katra, age 78, of Indianapolis, Indiana passed away peacefully with his daughter by his side on Wednesday, January 19, 2022. Larry was born December 12, 1943 in Indianapolis, Indiana to Norene M. Brown Katra and Alexander Katra. He was a graduate of George Washington High School and proudly served in the United States Marine Corp for 6 years. He began his career working as a pipe fitter for the gas company. He then worked for Allison Transmission for several years before moving to Kokomo, IN to work for GM. In addition to his trade, Larry also became a certified health and safety trainer before finally retiring. He was an avid golfer, devout catholic, and 4th degree Knight in the Knights of Columbus. He was a frequent visitor of The Slovenian National Home Social Club and American Legion. He was a lover of all animals, especially his best canine friend, Junior. Larry especially loved to dance, live music, Notre Dame football, and spending time with family. Larry is survived by his daughter Kelly Katra Newman (Donald E.) Of Carmel, IN. He was preceded in death by his son John Alexander Katra, his father Alexander Katra, and his mother Norene M. Brown Katra. Visitation for Larry will be held Monday, January 24, 2022 from 4:00 PM to 8:00 PM at Leppert Mortuary – Nora, 740 East 86th St, Indianapolis, Indiana 46240. A funeral service will occur Tuesday, January 25, 2022 at 1:00 PM at Leppert Mortuary – Nora. Larry will be laid to rest in Calvary Cemetery, Indianapolis, IN. In lieu of flowers, contributions in Larry's memory may be made to Frog Song Farm Sanctuary, https://frogsongfarmsanctuary.org/. Fond memories and expressions of sympathy may be shared at www.leppertmortuary.com for the Katra family.
See more See Less

In Memory Of Larry Alexander Katra