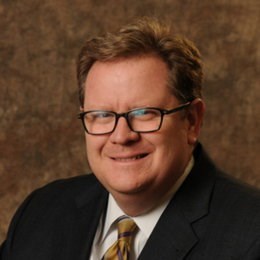 Michael Ronald Bain Indianapolis- Michael R Bain, 52, died January 30, 2021 at St Vincent’s Hospital. He was born October 24, 1968, at Hendricks County Hospital the 5th of 6 children to Jack and Madonna Bain. Michael is predeceased in death by his parents. Survivors include his wife Bridget (Hynds), children: John (Jack), Lucy and Eleanor, Siblings: Ken (Amy) Bain, Jackie (Mike) Meunier, Dave (Cathy) Bain, Donna (Jon) Murray and Steve (Denise) Bain. Mike’s idyllic youth started as a child drawing Military uniforms with passion and ended with entire summers spent staffing Scouting adventures at Ransburg in Indiana and Philmont in New Mexico. He was an Eagle Scout, Minisino Firecrafter, and served on the Eagle Scout Board of Review. Mike graduated from Brownsburg High School, Class of 1987. He earned a BA in Economics from Indiana University in 1991 and then received a Law Degree at Indiana University at Indianapolis in 1994. He began his law career as a Deputy Prosecutor in Hendricks County before eventually becoming a Senior Partner at Hume, Smith, Geddes, Green and Simmons. He tried multiple cases to juries, represented clients before the Indiana Appellate Court and was admitted to the Supreme Court and 7th Circuit. Mike was a member of the Indiana Bar Association, Defense Trial Counsel of Indiana, Defense Research Institute, Indianapolis Law Club and regularly recognized as an Indiana Super Lawyer. However, in keeping with the spirit of Michael, his impressive resume was not his focus. His interests centered on family and friends. After a chance meeting on a trip to an IU football game, Mike and Bridget found something special and built their life in the Meridian Kessler neighborhood in Indianapolis. Their 25 year marriage was centered on their three children. Mike was proud of the man his son Jack had become. Like many fathers, he absolutely adored his daughters Lucy and Eleanor and they had his heart. His family would describe Mike as a lifelong learner with a keen intellect always peppering those he met with questions due to his genuine interest in others. Mike was a loyal friend, mentor, and a fun person to be around in most any setting. He had an incredible knack for remembering names, county seats, high school mascots, random World War II facts, sports trivia, or how his favorite team lost their last game. His quick wit and wry smile kept those around him on their toes. Mike loved listening to the Grateful Dead, a good fire, and sharing a drink with friends. He volunteered with numerous youth sports and cherished his time watching his son compete in junior hockey. Mike enjoyed his time as a youth lacrosse coach and followed his former players’ careers as they competed in high school. He was the voice of Chatard’s lacrosse programs for several years, manning his public address duties with colorful commentary and a vast playlist for breaks in the action. The last football game he attended was capped by ringing the Monon Bell with his son Jack, who played for the DePauw Tigers that day. Mike was a devout Catholic and 25 year member of Immaculate Heart of Mary Church. Mike, we’d love to have more time to pepper you with questions because at your very core was Love. As he was a long-time supporter of youth sports, in lieu of flowers, memorial donations may be made to The Indianapolis Catholic Youth Organization. Visitation from 3-7 PM at Leppert Mortuary in Nora, Friday, February 5th Mass of Christian Burial at Immaculate Heart of Mary Catholic Church Saturday, February 6th at 11:00 AM
See more See Less

In Memory Of Michael R. Bain