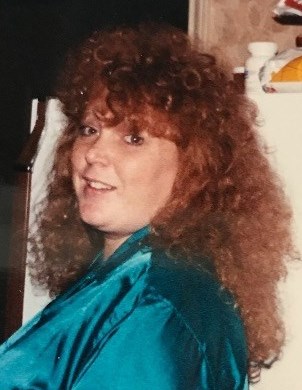 Kimberly Annette Reeder Moore, age 57, passed away on January 15, 2022. She resided in Iowa Park with her dedicated husband of 25 years, Sonny Ray Moore. Kim was born June 23, 1964, in Houston, TX, to Bobby James Reeder and Cynthia Lou Raines Reeder. Kim attended a number of schools, including San Antonio, TX, Holliday, TX, and Burns Flat, OK. She graduated from Burns Flat with honors, including the National Honors Society and Who's Who. Kim joined the Navy, where she served in Desert Storm as a machinist. She fondly spoke of how she crossed the equator and earned her Shellback. After her honorable discharge she returned to Wichita Falls and had her children. She later met and fell in love with her husband Sonny. She was a dedicated homemaker that loved to cook for her family. After settling into their life together she began working as a legal secretary, working for many local attorneys. She worked for many years until she was diagnosed with breast cancer. After chemotherapy and radiation, she was cancer free and began to regain her health. Until she had another physical setback when she was diagnosed with aneurysms in her brain which she amazingly overcame. In April 2020 she suffered a debilitating stroke that ultimately led to her death. She will be remembered for her unwavering love for her family and her calming, genuine personality that so endeared everyone she met. She is survived by her husband Sonny Ray Moore, sons, Nikolas James Reeder and Nathan Wayne Denney, daughter, Elizabeth Jade Denney Perez, mother, Cynthia Lou Hulsey, brothers Gary Wayne Reeder, Michael Lee Reeder, and Jeffrey Lynn Reeder, sister, Donna Michelle Reeder Powell, niece, Amber Paige Haynie, close friend Ann Stecco, seven grandchildren, and many nephews, nieces, and extended family. She is preceded in death by her father, Bobby James Reeder, stepfather, Herbert Edward Kerr, grandmother, Jettie Delilah Raines, grandfather Floyd Wilson Raines, grandfather Robert Bendell Reeder and grandmother, Wanda Louise Warren. A visitation for family and friends will be held on Wednesday, January 19, 2022 at Dutton Funeral Home from 6pm to 8pm. Funeral Service will be held on Thursday, January 20, 2022 at the Dutton Funeral Home Chapel at 2pm. Fond memories and expressions of sympathy may be shared at www.duttonfuneralhome.com for the Moore family.
See more See Less

In Memory Of Kimberly Moore