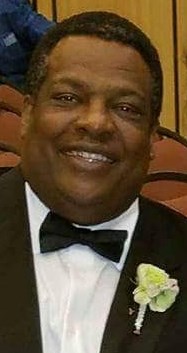 Robert James King, Sr., 68, of Jacksonville, FL, passed away July 26, 2022. He was born in Jacksonville, FL on June 5, 1954. Upon graduating from Stanton High School, he enlisted in the U.S. Army. While stationed at William Beaumont AMC in El Paso, TX, he met the love of his life, Kaimi Kinimaka, a native Hawaiian who introduced him to the Pacific and a different way of life. They were married on February 24, 1978 and spent 44 beautiful loving years together. They traveled the world exploring and enjoying an array of different countries and cultures. The Kings returned to Jacksonville, FL where he had a career with the U.S. Postal Service which he found to be just as exciting as with the U.S. Army. Mr. King was an ordained deacon of the New Good Shepherd Missionary Baptist Church under Rev. Alex Garvin, Pastor, and his favorite song was “All I Really Know for Sure-God Must Really Love Me”. Life with Robert King was never dull or boring. Everyone instantly took to him. He was the “total package” who excelled in everything. He was smart, successful, good-looking, athletic, charming and had a great sense of humor. He had a special gift when it came to people. He made you feel like you were the most important person in the room. Other than his family, Robert had a passion for the Jacksonville Jaguars and the University of Florida Gators. He often said that the deadliest animal in the jungle was a “Jagator”. Robert was preceded in death by his parents, Lewis Charles and Annie Lee King; brothers, Lewis King (Jacqueline), Dennis L. King (Shirley) and Leroy King. He is survived by his devoted wife, Kaimi; proud sons, Robert J. King, Jr. and T.J. Kamakana Madden (Misti Marie); grandchildren, Kimberly B. King, Isaiah J. King, Arevia K. Madden, Avian H. Madden, Isaiah Forshey (Natasha) and Aiyanna Forshey; and three great-grandchildren. Additional surviving family members include his sisters, Patricia Mitchell King, Stella Thomas King, Mildred Outlaw Warren and Geneva McClain; nephews, Lewis C. King III (Natasha), Dennis “Tim” King, Leroy King, Johnnie King, Dennis Lamar (Kesha) and Berbard Troutman (Andrea); nieces, Lenita Sumpter (Rodney) and Patrice B. King; and a host of God-Children, Family and Friends. Special Acknowledgement to his brothers and sisters Nani Kinimaka Davis, Andra Carter (Bettye) Margaret Oates of San Antonia, TX, Ralph Funderburk (Sylvia) of Marietta, GA; Frank and Beverly Byers, Jess & Robin Hodges. Fond memories and expressions of sympathy may be shared at www.hardage-giddensbeacheschapel.com for the King family. Arrangements are under the care and direction of HARDAGE-GIDDENS FUNERAL HOME In Jacksonville Beach FL.
See more See Less