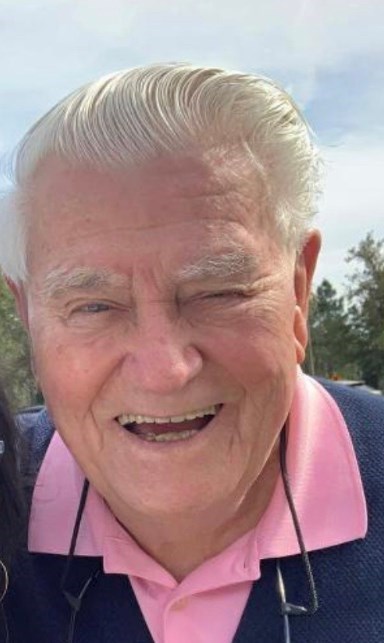 Walter Francis Flanagan went to rest with our heavenly father at the age of 91 on September 21st, 2022, in Jacksonville, Florida. Walter was born September 28, 1930, in Boston, MA. to the late John and Marie (Liggett) Flanagan and was blessed with a large and loving family. He was proceeded in death by his wife Janice Marie Flanagan of 34 years. Walter was a very strong, kind and loving supportive father. His knowledge and guidance to his children combined with that from his wife Janice created a very loving foundation for his family. He always insisted we enter the house with a kiss and leave with a hug or a kiss. As we say, family and love last forever. Early on Walter joined the Marines in the 1950s and served during the Korean conflict. He was later stationed at Quonset Military Base in Rhode Island, where he met his wife, Janice. Walter later received his honorable discharge with a rank of Sargent and was awarded the National Defense Service Medal from the Marines. Walter graduated from Northeastern University in Accounting and pursued a three-decade career with the Department of Defense and State of Florida before retiring in the 1980s. Walter had a passion for sports as an avid golfer and huge football fan particularly in high school and college sports. He loved playing games with his family and taught us all how to have fun and compete playing cards, shooting pool, croquet, and many more games though out the years. Walter always made a point to attend or recognize his family’s achievements, graduations, and of course made it a point to personally sing happy birthday wishes. A tradition that many of us continue to follow. Later in life Walter enjoyed sharing time and stories with his fellow veterans in Jupiter Fl. He also enjoyed volunteer service to the community Medical Center. Left to cherish his memory is his son, Walter Flanagan Jr., daughters Cathy Covel (Bob), Lynne Nalley (Allen), and Dianne Wagner (John); 9 grandchildren – Colette Hendren (John), Crystal Murphy (Kevin), Bobby Covel IV, Chelsea Mudiappa (Keith), Walter Flanagan III, Shelbi Flanagan, Dr. Brittany Newton (Rhett), Dr. Alicia Willett (Austin), Miranda Nalley and his 8 great grandchildren: Jade, Kylie, Makenzie, JT, Finley, Izzy, Blake, and Riley. Walter also leaves behind his two sisters Barbara Coffey, Marilyn Flanagan, and many special nieces and nephews. We can’t forget the Grand Dogs & Cats that Walter just loved to spoil – Bailey, Pinot, Salty, Ziva, Marley, Bolt, Brut, Oakley, Cali, Woody, Buzz, Floki, Minion, Ranger and Roscoe. Special appreciation goes to Walter’s Caregivers: Karima Rezgui, Ann Lacuaren, the team at Windsor San Pablo Assisted Living, and Anne & Donald McGraw Center for Caring. We will miss him dearly. Fadó mar sin, Ádh mór, Dia linn go léir. (So long, good luck, God be with us all.) The Celebration of life for Walter Francis Flanagan will be held privately. In lieu of flowers the family requests an in-kind donation to Community Hospice & Palliative Care – Anne and Donald McGraw Center for Caring. Website: www.communityhospice.com Designation: Anne and Donald McGraw Center for Caring Gift in memory of Walter Francis Flanagan
See more See Less

In Memory Of Walter Francis Flanagan