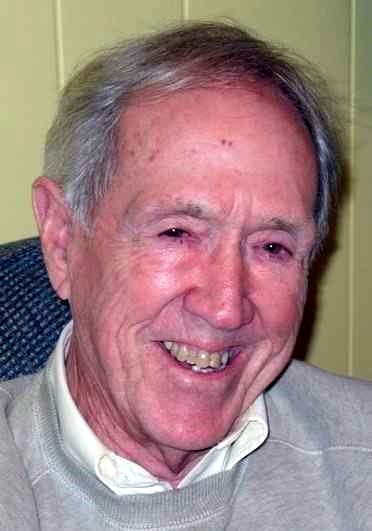 The Jackson family is sad to announce the passing of George W Jackson, 95. A lifelong resident of Jacksonville, Florida, George was born in Riverside on November 16, 1926. He died on August 2, 2022, in Jacksonville, surrounded by his family. George often recalled learning to play baseball from his father, and frequently skipping class to roam the neighborhood with his friends, who he remembered as “the Wolfe Street gang”. He attended St. Paul’s Catholic School before serving in World War II as an infantryman in the famed 82nd Airborne Division. After the war, George attended the University of Florida, where he earned his BSBA. He met his wife, Nora Marie Kelly ("Norma"), in Jacksonville, and the two wedded on May 11, 1957 and were married for 65 years. George began his career in sales with the General Motors - AC division, followed by a long career in operations management, first at Anchor Hocking Glass Company and finally at Castleton Beverage Corporation. He retired from Castleton as Production Manager in 1992 at age 65. A talented gardener, George enjoyed growing various vegetables, flowers, and fruits, including a grapefruit tree of particular renown. He also avidly collected coins, though he never found the fabled 1913 Liberty Head dollar for which he searched in every handful of change. However, George’s love of the Florida Gators eclipsed any other hobby. His fandom extended beyond football to Florida basketball, baseball, and softball: among his parting words were “Go Gators”. The Jackson family will remember George as a gifted storyteller, enthusiastic whistler, a man with a one-liner for every occasion - and loving husband, father, and grandfather. He was predeceased by his parents, Eva and George, and his three sisters Bernice, Dorothy and Antoinette. He is survived by his wife Norma and sons Kelly, Robert, Patrick, Stephen, and Thomas and their families, including granddaughters Kelly, Caroline, and Emma. George's family and friends will recall him with love and laughter. May his memory be a blessing to all who knew him. A Funeral Mass will be held on Tuesday, August 16th at 11 AM at Holy Spirit Catholic Church. Interment ceremony will follow at Jacksonville National Cemetary at 2:30 PM. In lieu of flowers the family suggests donations to Holy Spirit Catholic Church, 11665 Fort Caroline Road, Jacksonville FL 32225.
See more See Less

In Memory Of George W Jackson