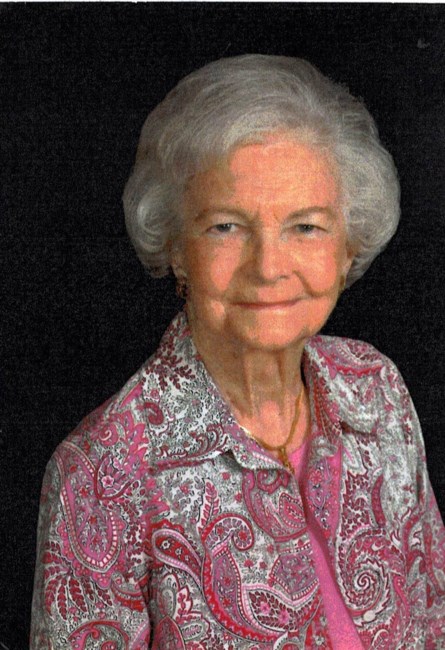 Mary Evelyn Young Cousar died on May 10, 2022 at the age of 96. Mary was born on March 21, 1926 in Florence, S.C. to Thomas Benton Young and Mary Evelyn Young, the third of their four children. She was educated in the public schools of Florence. Mary graduated from Converse College and attended the Richmond School of Social Work, College of William and Mary until she met and quickly became engaged to Dr. James E Cousar III. Mary and Jim were married in 1948 and lived in New York City, Detroit and Ann Arbor while he finished his surgical training. Mary and JIm IV were born in Michigan. The family moved to Jacksonville in 1954, and Don and Martha soon followed. Mary spent countless hours as Yacht Club swim team mom, and supporting Stockton Elementary and RPDS. The Cousars joined Riverside Presbyterian Church in 1954. Over the years Mary served as a Deacon, Elder, Chair of the Christian Education Committee and on several pastor nominating committees. She was a commissioner to the General Assembly of the PCUSA. Mary was a founder and President of Learn to Read and also President of the Pastoral Counseling Center board. She was a member of the Junior League and Colonial Dames. Mary was incredibly well-read and also enjoyed playing bridge, smocking and fine hand-sewing. She made a christening gown which has been worn by 12 grands and greats so far. In earlier years she enjoyed travel and gardening, especially growing beautiful roses. Mary was predeceased by her husband, her daughter Martha Cousar Davis, her parents, her half-sister and two brothers. She is survived by three children: Mary Coxe (Hank), Jim Cousar (Donna) and Charles Donaldson Cousar (Joan), and her son-in-law, Gardner Davis. There are eleven grandchildren: Katie Fackler (Michael), Matson Coxe (Ashley), James Cousar, Molly Foukal (Nick), Anne Mesrobian (David), Catherine Cousar, Charlie Cousar (Kelsey) Gardner Davis (Anna) Helen Cousar, Nick Cousar and Elizabeth Davis as well as six great-grandchildren, with two more due this summer. Mary is also survived by her brother Ted Young (Charlene) and 13 nieces and nephews. The family is grateful to the staff of River Garden for their extraordinary care for the last 18 months. A Memorial Service will be held at Riverside Presbyterian Church, 849 Park St. on Wednesday May 25 at 11:00 a.m. In lieu of flowers the family requests contributions to Riverside Presbyterian Church in her honor. Fond memories and expressions of sympathy may be shared at www.hgriversidefuneralhome.com for the Cousar family.
See more See Less

In Memory Of Mary Young Cousar