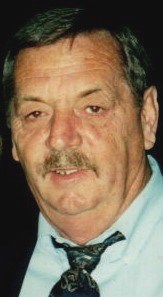 Terry Lee Lucas, 73, passed away on October 14, 2020, in the loving arms of his wife, Janice Kraffa Lucas. Terry was predeceased by his daughter, Jacqueline Lynette Lucas, his grandson, Joshua Lucas, his father, George Anthony Lucas, his grandmother, Sadie Michels Lucas, his sister, Susan L. Williams (Carl), and his brothers, Steven Anthony Lucas and David Frank Lucas. In addition to his wife, he is survived by his mother, Kathleen Lannan Lucas, his daughter, Kimberly Lynn Lucas, his grandchildren, Liberty Mitchell and Hunter Mitchell, and his stepson, Brian Chapman, his brother, Stanley George Lucas (Terry), and his sisters, Linda Lucas Groft (Chris), Carolyn Lucas Wiseman (Travis) and Jean Lucas Hickey (Donnie) and numerous nephews, nieces, aunts, uncles and cousins. Terry was retired from CSX and his last position was Assistant General Chairman Secretary-Treasurer for the TCU. Terry was an avid golfer and enjoyed fishing. He never missed a chance for a day at the track or a night in Vegas. You will never meet a bigger UK fan than Terry. Go Cats! He was a Kentucky Colonel, a Special Deputy Sheriff for the Commonwealth of Kentucky, and a member of American Legion Post 283 and Resurrection Catholic Church. Terry was a founding member of the Kentucky Hurricanes, consisting of family and friends who met in Daytona Beach every September for a week of celebration. Terry always spoke his mind. You either loved him or hated him. There was no in-between. He was generous to a fault and would give you the shirt off his back. We will always miss you, T.L. and your quick wit, your dry sense of humor (sometimes rated X) and your complete honesty, whether we wanted to hear it or not. In lieu of flowers, expressions of sympathy may be made to Terry’s favorite charity, St. Jude Children’s Research Hospital. For the safety of family and friends, the wearing of a mask is required at services. A Visitation will take place on Tuesday, October 20, 2020 from 12:00 PM to 2:00 PM in Hardage-Giddens Chapel Hills Funeral Home, followed by a Mass of Christian Burial at 2:00 PM. Arrangements are under the care and direction of HARDAGE-GIDDENS CHAPEL HILLS FUNERAL HOME, 850 St. Johns Bluff Rd. N., Jacksonville, FL 32225. www.hardage-giddenschapelhills.com (904) 641-9755.
See more See Less

In Memory Of Terry Lee Lucas