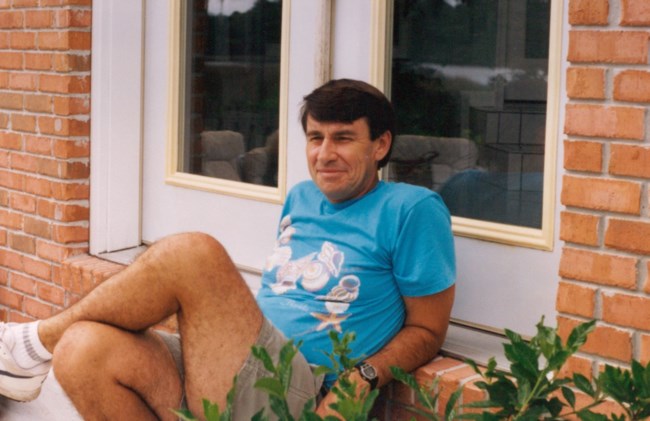 William (Bill) Michael Frank passed away suddenly on September 16, 2022 from a massive irreversible stroke. Bill was born in Ridgway, Pennsylvania on September 18, 1947. He moved to Jacksonville, Florida when he was 8 years old. Bill Graduated from Englewood High School in Jacksonville and soon after joined the Air Force. After 24 years, traveling the world with his wife Chin while in the Air Force, Bill retired as a master sergeant serving in the intelligence corps., He and his wife Chin, came home to Jacksonville. Bill was a vital member of the local and international shelling community. He started collecting while in the Air Force and traveling worldwide. Upon his return home, he immediately joined the Jacksonville Shell Club and soon served in leadership positions, perhaps most notably as editor of the Shell-O-Gram, the club's newsletter, and scientific journal, for many years. Witnessing the advance in communication technology close at hand, Bill later parlayed the computer skills he learned in the service, his auto-didactic grasp of malacology, editing experience, and knack for photography into the establishment of a website on February 11, 1998. Dubbed Jaxshells , today it is comprised of over 13,000 features. The vast majority of these are illuminated with photographs and video by him, but contributors include many others, some of comparable renown. Among the citations he gathered as webmaster is the Neptunea Award, announced at the 2008 COA Convention in San Antonio, TX. Bill made himself a vital, arguably indispensable, part of the everyday life of a global network of amateurs and professionals who enjoy learning the ways of the Mollusca. Although he is irreplaceable, we can now reflect on all the pleasure and enlightenment he brought so many shell enthusiasts worldwide. Bill is survived by his wife of 49 years, Jui Chin, brother, Dennis Frank, (Teggy) sister and brother-in-Law, Thomas and Hsiang Lan Mathison, Nieces, Heather Brannon (Buzz), Tara Parsons (Michael) his dear friend and mentor, Dr. Harry Lee, and his many cats. Graveside services and interment, with military honors will be Friday October 14th, 2022 at 1:30 PM at the Jacksonville National Cemetery, 4083 Lannie Road, Jacksonville, Florida 32218, Hardage-Giddens Chapel Hills Funeral Home 850 St. John's Bluff Road North, Jacksonville, FL 32225 is serving the family. If you wish, please make donations to the Jacksonville Humane Society in his honor. Fond memories and expressions of sympathy may be shared at www.hardage-giddenschapelhills.com for the Frank family.
See more See Less

In Memory Of William Michael Frank