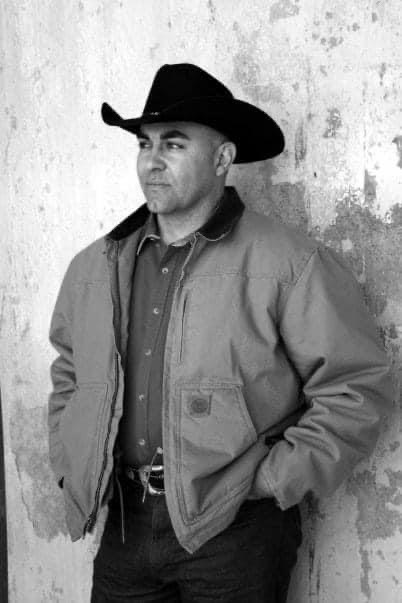 SFC Armando Salazar “Sal” of Cedar Park, Texas, passed into the arms of his Heavenly Father on Sunday, the 5th of September 2021. Armando “Mando” was born on the 5th of October 1967, in Comanche, Texas to Aniceto Salazar Lira, Sr., and Armandina Constancio Salazar. After spending his first ten years in Comanche, he moved with his family to Brownwood, Texas. In 1986, he graduated from Brownwood High School and was the Brownwood Lion Football MVP of the year. In 1989, Armando enlisted in the U.S. Army as an Infantryman, completing Basic Training, AIT and Airborne School at Fort Benning, Georgia where was he was assigned to the 82D Airborne Division. Utilizing his relentless pursuit for excellence, he trained and served as a Bradley Fighting Vehicle Master Gunner. His military service took him around the world from Texas to Panama, Germany, Macedonia, Korea, Kuwait and Iraq. Operations included: Able Sentry Macedonia; Operation Intrinsic Action Kuwait; and Operation Iraq Freedom, in ‘04-‘05 and ‘06-’08. He earned numerous awards and recognitions, including the Bronze Star Medal, Purple Heart Medal, and the Combat Infantryman Badge with a Star. After serving his God & Country for twenty years, Armando retired in 2009. In 2013, Armando earned a Bachelor of Arts in Philosophy with a minor in Spanish from Baylor University, Waco, Texas. At the time of his passing, Armando was set to earn his Master of Science in Homeland Security, Emergency Management, at Sam Houston State University, Huntsville, Texas, in May 2022. Armando is preceded in death by his father, Aniceto Salazar Lira, Sr.; his paternal grandparents, Anselmo Salazar Vielma and Lazara Lira Salazar; and his maternal grandparents, Daniel Constancio Landeros and Delfina Urrabazo Constancio. He is survived by his mother, Armandina Constancio Salazar; his wife, Jan “AJ” Wilson Salazar; his children, Armando, Jr. and wife Colleen, Andres, Lauren, Joseph and Kristina; his grandchildren Devaniel, Riley, Tony, and Alec; his brothers, Aldo and wife Carmen, and Ceto and wife Gloria; as well as an exponential number of nieces, nephews and cousins. Armando lived his life full throttle unafraid to take risks and live fully. He was a man with a complex mind yet held a simple life philosophy: Be the best you can be every day. He was an oak tree with roots so deep he never broke despite life’s devastating storms, knowing what he stood for and always kept his word. His fierce intensity was that of a grizzly bear, but his heart was always soft for those he loved. War had its price, but Armando found through love, compassion, faith, trust and most importantly God, the ability to find beauty in the ashes and finally peace. Armando’s love for his battle brothers was immeasurable. He was a man of giving and helping others and he spent countless days and hours at Heroes Night Out supporting veterans in a way only Armando could. In lieu of flowers, and to honor his legacy of love for his country, please donate to HNO to continue to support those who sacrificed so much. Please be sure to include in the comment box the gift in is memory of Armando Salazar. You may donate to Heroes Night Out at: https://app.hellofund.com/view/G43q0A1y
See more See Less

In Memory Of Armando Salazar