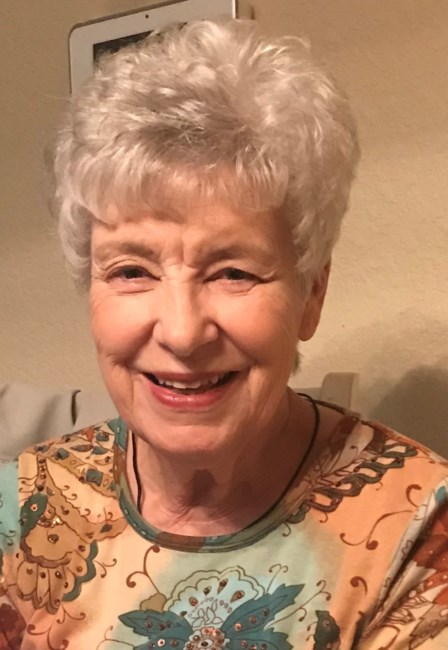 Jacqueline Jane Levy Christie peacefully entered the presence of the Lord on May 6th, 2022. She was surrounded by her family and loved ones. Special gratitude is extended to her youngest daughter, Julie, for the dedicated love and exceptional care she gave her mother in those final years before she went home to the Lord. Jane was a lifelong Killeen native-born at home on her parents’ Elms Road farm on October 10, 1940. She carried on the family tradition of attending Killeen High School where she graduated Class of 1959. Jane met and married Gaylon Christie in 1962 while studying at the University of Mary-Hardin Baylor. Jane taught speech and drama classes followed by several years of teaching American History at Killeen High School. She was a teacher, volunteer, lover of the arts, avid gardener, and a most cherished wife, mother, and grandmother. Jane Christie is preceded in death by her grandparents Olen and Agnes Roberts, her parents Jack and Dorothy Jane Levy, her husband Gaylon Wayne Christie, a grandson Jared Wayne Stubblefield and a son-in-law Russell Clay Martin. Surviving Jane are her daughters Michele Stubblefield Jaeger, Denise (Martin) Marshall and son-in-law Eric, and Julie Hagey and son-in-law Rob. Jane is also survived by her son-in-law Robert (Bobby) Stubblefield and her fifteen grandchildren and their spouses, Amanda and Julia Martin, Christina Hagey Sanders and husband Sheldon (SFC), Robert Tyler Stubblefield, Robert Joseph Hagey III and wife Ashley, Kathryn Jane Martin Reed and husband Kody, Clayton Matthew Hagey and fiancé Baylee Randle, Darius James, Zachary Marshall, Samuel Marshall, and Erica Marshall. She was also blessed with a God Daughter, Jacque Dishon Sulak, her namesake. Blessed with a long life also allowed her to be graced with great-grandchildren; Ashton Stubblefield, Baylee Sanders, Charlee Jane Sanders, and Aurora Jane Ha’ani Reed. In addition, special recognition of gratitude for their care of Jane goes to her exemplary caregivers; Kayla Suckie, Lynn Milam, Tia Bell, Patricia Denney, Sonya Derma, Kattie Williams, and Judy Gossett. Visitation will be held at Crawford Bowers Funeral Home on Tuesday, May 10 from 5-7 pm. Funeral Services will be held Wednesday, May 11 at 2pm at the Crawford Bowers Funeral Home Chapel, officiated by Rev Jimmy Towers. Burial will follow at the Killeen City Cemetery. In lieu of flowers, the family respectfully requests that donations be made in memory of Jacqueline Jane Levy Christie to the Central Texas Children’s Center, 2000 Marlandwood Road, Temple, TX 76502, or Lifeway Fellowship Church of Killeen Texas. Fond memories and expressions of sympathy may be shared at www.crawfordbowersfuneralhome.com for the Christie family.
See more See Less

In Memory Of Jacqueline Jane Christie