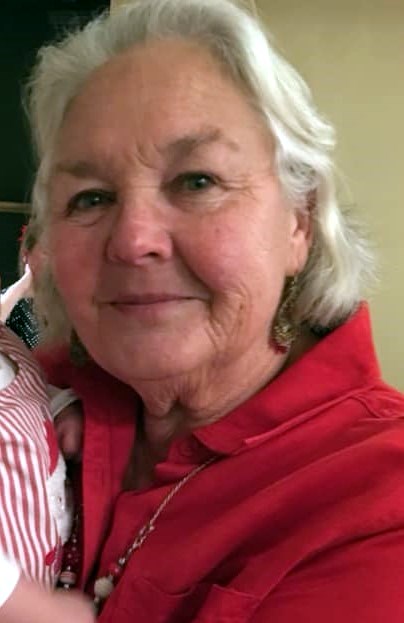 Jane Marie Butler Bralley was born to Ada Marie and Demell Butler on October 24, 1952 in Alice, Texas. She passed away at the age of 70 in Killeen, Texas on Wednesday, January 18, 2023. Jane was the youngest of three siblings, lived a happy childhood in Midland, Texas as a member of First United Methodist Church of Midland and a graduate of the 1971 class of Robert E. Lee High School. Jane attended Texas Tech University, graduating in 1975 with a degree in Elementary Education. She began her career teaching in Dallas ISD. On December 27, 1975 she married Lt. James Hudson Bralley in Midland, Texas and they began their adventure as a military family. In 1977 Jane and Jim welcomed their first child, Mary Margaret while stationed in El Paso, Texas. After moving to Germany, they welcomed Benjamin Butler in 1980 while in Stuttgart, Germany and James Demel in 1981 while in Heilbronn, Germany. The family was eventually stationed at Ft. Leavenworth, Kansas, where Jane was active in the military family network and enjoyed serving as Mayor of the Oregon Village Housing Community. She gave tours to those visiting Ft. Leavenworth. She told great ghost stories. The family eventually settled permanently in Harker Heights, Texas where she was a school teacher for Killeen ISD. She was an active member of First United Methodist Church of Killeen. Jane enjoyed spending time with her family members, and many friends who became like family. She enjoyed an active role in the lives of her children and their families, to include being a daily presence in the lives of her grandchildren. Jane created many moments of magic for her family- from impromptu family game nights, holiday decorating, taking road trips, and she hosted a great happy hour. Jane’s laughter, singing, and stories are the stuff of legend- she had the ability to make every person feel like her favorite person. She will be greatly missed by those who knew her. Jane is survived by her husband, Jimbo of Harker Heights, daughter Mary of Harker Heights, son Benjamin and his wife Shannon, of Belton, son JD and his wife, Tiffany, of Salado, and his grandchildren William of Harker Heights, Hudson of Salado, Betsy Jane, Ella and Beau of Belton, Texas, sister Gail and husband Byron Berger of Dallas, sister-in-law Tish and husband James Wilson, of Rowlett, Texas, nephews Jonathan Berger of Dallas, Andy Wilson of Georgia, and Bryan Wilson of Dennison, TX in nieces Kristen Butler of Dallas and Erin Shaw of Edgewood and life-long friend, Theresa Woodruff, of Midland. She was preceded in death by her brother, Jimmy Butler, mother Ada Marie Butler, and father Demell Butler. Fond memories and expressions of sympathy may be shared at www.crawfordbowersfuneralhome.com for the Bralley family.
See more See Less