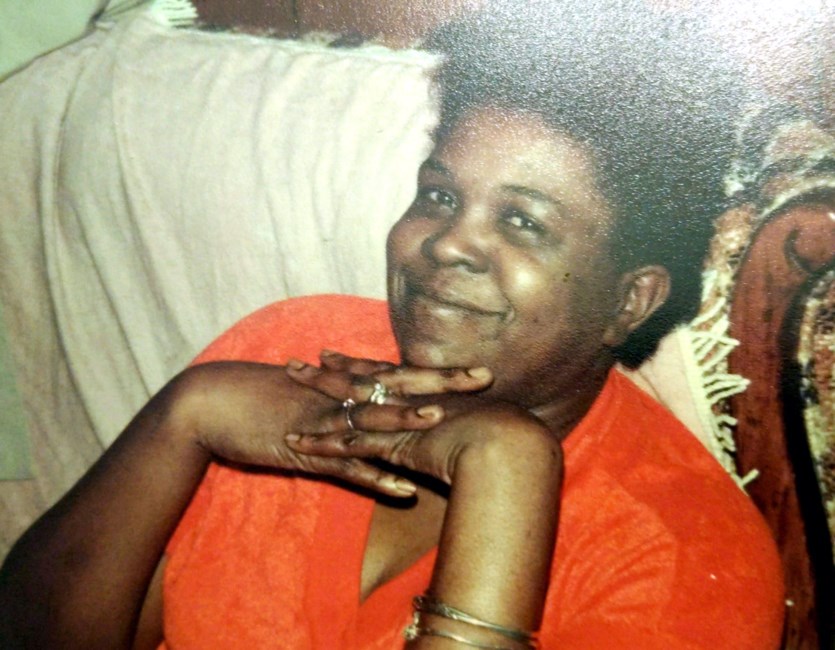 Sonia I. Grice, age 74, passed away on Saturday, May 7, 2022 in Georgetown, Texas. She was born on March 4, 1948 in Vineyard Town in Kingston, Jamaica and immigrated to the United States in 1969 where she initially settled in Brooklyn, New York. In January 1975, she joined the United States Army. While serving active duty in Fort Lewis, Washington, she met Oscar “Joe” Grice. The two were married in September 1977. After serving for two years, Sonia was honorably discharged from the United States Army and lived as a military spouse in Germany before settling in Killeen in 1983. Sonia worked as Supply Technician with the Installation Property Book Office at Fort Hood from 1983 until her retirement in 2008. Sonia loved her family, her dogs (Midget and Pepper) , and gardening. She is survived by her daughter, Tamika “Tami” Martin, and son-in-law Eric Martin of Pretoria, South Africa; son Jeremy Grice and daughter-in-law Kamika Sergent, of Killeen, Texas, stepson Anthony Tyrone Grice of Columbia, South Carolina; brothers, Headley “Devon” Ricketts of Houston, Texas; Richard Ricketts of Springfield, Massachusetts; Peter Ricketts of McCalla, Alabama; sisters: Sandra Denise Ricketts-Wright of Queens, New York and Rholda Ricketts of Brooklyn, New York; four grandsons, two granddaughters, numerous nieces, nephews, cousins, and a host of friends. She was preceded in death by her her husband, Oscar “Joe” Grice; Parents: Cleveland and Madeline Ricketts, and her brother Keith Austin. A visitation at Crawford-Bowers Funeral Home Killeen for Sonia will be held Wednesday, May 18, 2022 from 6:00 PM to 8:00 PM at Crawford Bowers Funeral Home, Killeen, Texas. A visitation at Crawford-Bowers Funeral Home Killeen for Sonia will be held on Thursday, May 19, 2022 from 11:00 AM to 12:45 PM at Crawford Bowers Funeral Home, Killeen, Texas. A Committal Service with Military Honors will occur Thursday, May 19, 2022 at 3:00 PM at Central Texas State Veterans Cemetery, Killeen, Texas. Fond memories and expressions of sympathy may be shared at www.crawfordbowersfuneralhome.com for the Grice family.
See more See Less

In Memory Of Sonia I. Grice