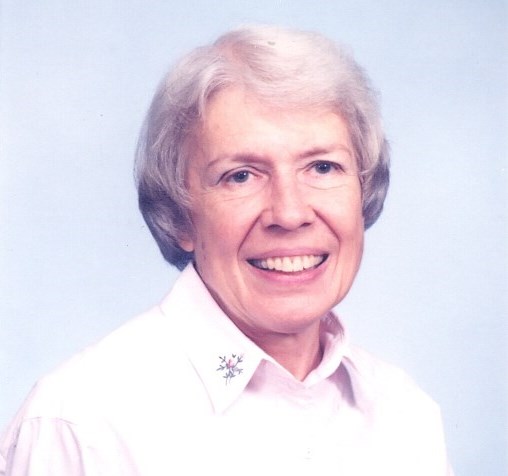 Virginia Dean Stell, 91, passed away on December 21, 2020 after a brief illness. Jinny grew up in Avon, OH, the daughter of Leah and Dean Bliss. After college, she moved to Texas, where she married Leonard Joseph Stell. In 1974 they moved to Harker Heights, which became home. From their early years, her 6 children lovingly recall her fulltime quest for efficiency, order, bargains and information, which was manifested as many firm rules, free educational activities, vigorous debates, homemade and hand-me-down clothes and other quirks. As a parent, she had an intuitive grasp of children’s psychology, motivation, and sense of fairness. She was sympathetic when appropriate but otherwise often asked, “Well, did you learn anything?” Her children were expected to solve their own problems however, she was a force to be reckoned with once she decided her intervention was necessary. As the nest emptied, she began developing her own interests. She was very active in Killeen High School Band Boosters in the 1980s and was in the Heights Concert Band for almost 30 years . She began working in The Band Room music store, continuing until 5 years ago. Although she hated to make concessions to age, when she turned 65, she began participating in the Harker Heights Senior Recreation Program, which gradually became her 2nd home. She was extremely competitive and played a mean Scrabble game up to the end. Quilting was another passion. Being a perfectionist, quality took priority over quantity. The design and piecing of more intricate patterns was intriguing; but once she solved that puzzle, she could easily lose interest and move on to another idea. She had to be where the action was, join every conversation, participate in every adventure possible… she went parasailing at age 79 and was still line dancing at 89 years old. She was reticent about her personal life, especially outside her family, but was quite generous with her opinions. Jinny often stated she was going to live to be 100. She didn’t reach that goal, but she packed a lot into her 91 years. She was preceded in death by her husband and her brothers George, Frank, Darwin and Cyrus. She is survived by her children Michael (Christine), Karl (Diane), Cyrus (Karen), Vicki (James), Laurel, and Erik and many more who know her as Grandma, Great-Grandma, and Aunt Jinny. We would like to give special thanks to Joyce Mayer, Lois Brannon and the rest of her support system who enabled her to live in her longtime residence without strangers telling her what to do. In lieu of flowers, donations in memory of Virginia Stell can be made to the Harker Heights Senior Recreation Program in person or by mail to the Harker Heights Activities Center, Attention: Nichole Broemer, 400 Indian Trail, Harker Heights, TX 76548. Please make checks payable to the City of Harker Heights, include your name and address, and notate in memory of Virginia Stell (Senior Rec Program).
See more See Less

In Memory Of Virginia D Stell