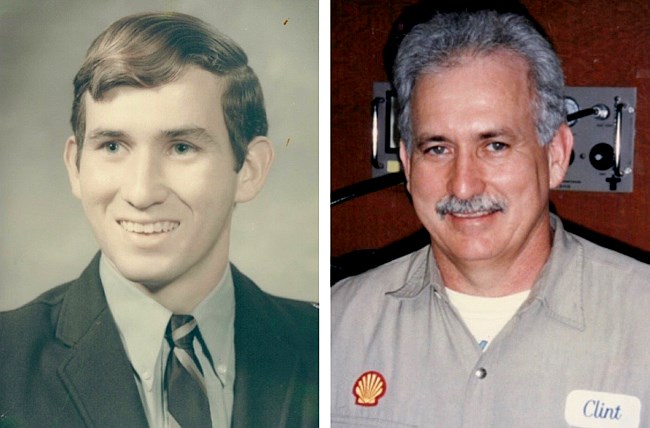 Funeral services for Clinton Arthur Campbell, 70, of Humble, Texas will be held at 11:00am, Monday, September 26, 2022 at Atascocita United Methodist Church, 19325 Pinehurst Trail Dr., Humble, Texas, with Pastor Leigh-Anne Williams officiating. Interment will follow at Rosewood Memorial Park Cemetery in Humble. Visitation will be held from 5:00-8:00pm, Sunday, September 25, 2022 at Kingwood Funeral Home, 22800 Hwy 59 N., Kingwood, Texas. Clinton Arthur Campbell was born on January 26,1952 in Borger, Texas to parents Clinton Marion Campbell and Doris Taylor, and went to be with the Lord on September 19, 2022 in Houston, Texas. An essential part of his life was Arthur's Christian faith. His trust in God was the source of his love for and dedication to his family, friends and community throughout his life. After growing up in Bridge City and Orange, Texas, Arthur graduated from high school in Pascagoula, Mississippi in 1970. That same year he began working for Shell Oil in Deer Park, Texas, where his new friends and colleagues would always know him as Clint. He joined the U.S. Army in 1972, then returned to Shell in 1974. In 1987 he graduated as salutatorian from San Jacinto College with an associate's degree in instrumentation. After 41 years, Clint retired from his career at Shell Oil, having worked as an operator, welder, instrument technician, and on the Shell Union Management Investigation Team. Clint made and maintained many wonderful friendships throughout his career and retirement. Arthur met Jeannette Miller on February 11, 1967 at a dance when they were 15 years old. They were married on July 15, 1969. In their 53 years of marriage, Arthur and Jeannette raised three daughters and had five grandchildren. Arthur was a devoted husband, father, grandfather, brother, and uncle. Arthur loved to travel. He spent many hours planning summer, spring break, and winter vacations to enjoy with his wife, children, and grandchildren. There was no place too far for Arthur and Jeannette to pack the kids up in the old green Cadillac, and later the family van, to go on an adventure. In addition to many other places throughout the United States, they took three summer vacations to Canada and countless vacations to Disney World. In 1989 Arthur and Jeannette took the family on their first snow-skiing vacation. Arthur loved skiing and continued to ski throughout his life. After retiring, Arthur and Jeannette continued to travel all over the world, but their favorite places to go were to see their daughters and grandchildren. No matter where they were headed, Arthur and Jeannette always stopped to visit aunts, uncles, cousins, and friends who were along their way. Watching sports, especially football and baseball, was one of his favorite pastimes. Even more, Arthur loved to see his children and grandchildren participating in sports. As a father, he ran with Lisa to help her with track, coached Sherrie's softball team for several years, and took a very young April to see many Deer Park High School football games. As a grandfather, he drove across town to see Victoria break boards in karate, and traveled across the country to see his grandsons swim, and play baseball, football, and lacrosse. When he could no longer travel, he watched and rewatched the video of his grandsons' first high school football game. Arthur became an avid collector of books, having developed a love for reading at an early age when his grade-school teacher taught him that he could go anywhere in a book. He loved to choose books from his collection to give to his friends and family based on their particular interests. Arthur was preceded in death by his daughter Lisa Renee Bond; his father, Clinton M. Campbell; his brother, Alvin Campbell, and his mother-in-law, Louise Clay Miller. Arthur is survived by his wife of 53 years, Jeannette Brown Campbell of Humble, Texas; his daughters, Sherrie Campbell Dame (Paul) of York, Pennsylvania, and April Brooke Campbell (Philip Klein) of Gainesville, Georgia; his grandchildren, Victoria Renee Van Brocklin, Evan Campbell Dame, Bennett Albert Dame, Thomas Henry Dame, and Ophelia Louise Klein; his mother, Doris Taylor of Houston, Texas; his sister, Marion Gregg of Houston, Texas; his nieces, Amy Bush (Bill), and Crystal Wilkie (Scott), and his great nephew, Caleb Bush. Mr. Campbell will be escorted to his final resting place by pallbearers: Stanley Aylor, Evan Dame, Bennett Dame, Thomas Dame, Hubert Harrell, Clint Hurt, Jim Johnson, and PK Williams. The honorary pallbearer is John Fett. Fond memories and expressions of sympathy may be shared at www.kingwoodfuneralhome.com for the Campbell family.
See more See Less

In Memory Of Clinton Arthur Campbell